The Rolling Stones and Motown 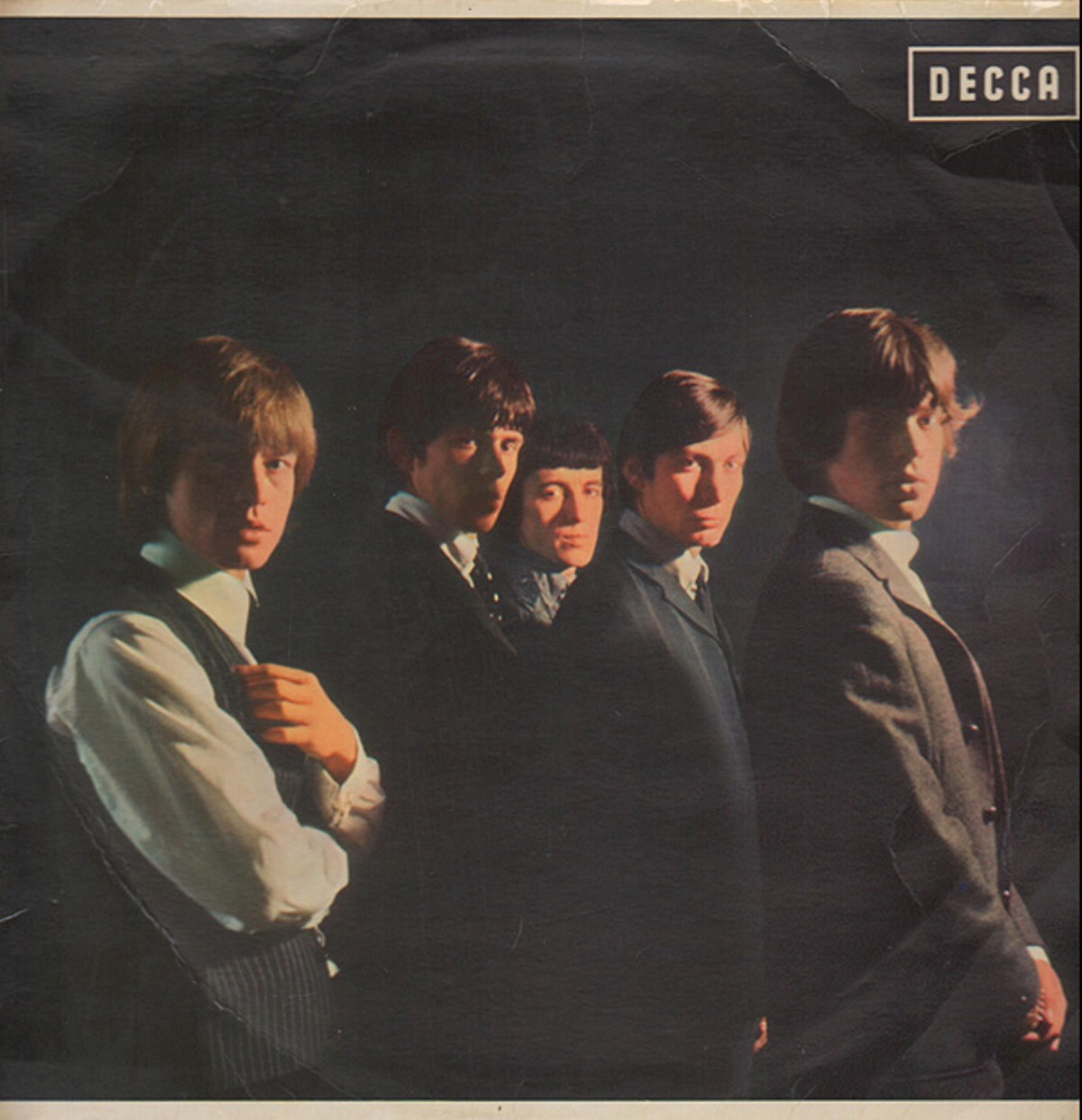 Marvin Gaye is surrounded by a bunch of awkward white Brits who don't know how to dance. He's lip-syncing a gospel-influenced R&B number with a groove that fits right in with "Everybody Needs Somebody to Love," "Some Kind of Wonderful," and other '60s soul cuts. The U.K. folks are standing around him — mostly unsmiling but at least attempting to clap their hands to the beat — not crowding Gaye but forming a sturdy three-quarter circle, broken by what Gaye is truly singing to: the camera, and the entire young population of England.

Back when Gaye was a promising face at Motown, without any iconic singles, he laid down a track in Detroit called "Can I Get a Witness." It would be disingenuous to claim "Can I Get a Witness" should occupy any more than a minor place in the Marvin Gaye canon, but the song did continue Gaye's early-career hot streak and led to the aforementioned appearance on the British music TV show Ready Steady Go! on Nov. 20, 1964. His songs were the kind of music that traveled across the Atlantic to Britain just before the U.K. had a huge epiphany and started selling rock and R&B right back to America.

Melinda Stang, collection coordinator of the Motown Museum in Detroit, considers the Tamla-Motown Revue's arrival in the U.K. in 1965 as the real moment when artists like the Supremes, Stevie Wonder, and Smokey Robinson became highly visible in Britain. "This relationship between white and black musical acts was nowhere more evident than in the musical osmosis between the Motown sound and the British invasion," Stang says via email. "In fact, Motown artists had opened for the Beatles and shared the stage with some of the most popular white acts, including the Rolling Stones, during the taping of the infamous TAMI Show in 1964."

"A lot of those British invasion bands, they started on American blues and R&B," music critic Zeth Lundy says by phone. "The Stones and Zeppelin and even the Beatles to some extent — they were all sort of American R&B cover bands at first, and totally cut their teeth on that stuff, and it's always sort of been there throughout."

If Motown music was filling up British radio, and Motown artists were trekking across the ocean to perform on British TV, then it should be no big surprise that "Can I Get a Witness" was a featured song on the Rolling Stones' first album, released less than a year after Gaye's original. While this record isn't necessarily a defining moment in the Stones' now 50-plus year career, what's remarkable is how closely it matches the original version. Prior to this, white artists covering black artists often meant campy, watered-down tracks by sweater-wearing, rhythmically challenged Andy Griffith Show extras.

The mythology is well-known at this point: In 1959, Berry Gordy changed the face of not just Detroit but the entire popular music landscape when he founded Motown with a vision of marketing his songs not to white audiences or black audiences, but to one single youth audience. The music of the Supremes, Gaye, the Jackson Five, and so many others would be met with crossover success rather than relegation solely to the R&B charts. "I would come to the South in the early days of Motown, and the audiences would be segregated," Robinson once famously said. "Then they started to get the Motown music and we would go back, and the audiences were integrated and the kids were dancing together and holding hands."

The Stones were so influential and groundbreaking as well because, despite being a white band, they never shied away from playing characteristically black music in its original style. Influenced by both the blues and rock 'n' roll of Chess Records artists like Howlin' Wolf and Chuck Berry and the pop-oriented soul and R&B coming out of Hitsville, USA in Detroit, Mick Jagger sang with all rough edges intact. While Gordy certainly helped white artists and fans by not making race an explicit issue in Motown's music, Jagger sounds like he could possibly have grown up in the same church choir as Gaye on "Can I Get a Witness." The band even speeds up the song a little, to turn Gaye's jaunty swing into a driving, more determined beat.

"Early in their run, the Stones took Motown as an influence along with other great, distinctly American genres. Throughout their career, they would reinvent these influences to create their signature sound," Stang says.

Throughout the Stones' career, Motown proved to be a cover song bank from which the group could continuously withdraw. They again covered Gaye with a rendition of "Hitch Hike" for Out of Our Heads; did the obligatory recording of Barrett Strong's "Money (That's What I Want)" in 1964; released a live single of the Miracles' "Going to a Go-Go"; and, in a slightly out-of-character move, faithfully did the Temptations' "My Girl," with overdubbed strings and Jagger's soft, sensitive vocals eventually landing on a 1967 American compilation album called Flowers.

The Temptations would actually prove to be the inspiration for a couple of the Stones' most famous cover songs. The group's "Ain't Too Proud to Beg" was released as a single from 1974's It's Only Rock 'n' Roll, and "Just My Imagination (Running Away With Me)" featured on 1978's return to form, Some Girls. Both tracks are a leap forward from some of the Stones' earlier Motown covers in that at this point in their careers, they were able to put a solid and distinctive stamp on the music rather than just imitating the originals. These versions melded the Temptations' pop sensibilities with the Muscle Shoals power that they picked up as they entered the '70s. And even though the Temptations aren't known for their guitar work, Keith Richards gives himself plenty to do on both tracks, adding a solo to "Ain't Too Proud to Beg" and ensuring that his guitar gets just as much attention as Jagger's voice on "Just My Imagination." Both songs still land on the band's set lists on occasion today, especially when they're in Detroit.

In the 1970s, the Rolling Stones made one of the strongest efforts of any white band to work with black artists. They toured with B.B. King, Ike and Tina Turner, and, of course, Wonder. In addition, the Stones' records of this time period — notably Sticky Fingers and Exile on Main St., which combined some of the band's country tendencies with American soul, blues, and gospel music — are so highly regarded largely because of the power that comes from blending traditionally white and black genres of music.

The band's relationship with traditionally black music isn't without controversy, though. The band has been accused of outright stealing riffs and personas from black artists, with the late LeRoi Jones (later Amiri Baraka) going so far as to accusing them of minstrelsy in 1965. To some, Jagger's stage act came off as meticulously cynical appropriation rather than any sort of authentic talent — especially when you account for problematic lyrics in "Brown Sugar" and "Some Girls," and even the band's famous caricatured logo.

On the whole, the Rolling Stones have a better relationship with Detroit and the city's musical heritage than any other dinosaur rock act. Aretha Franklin, despite not actually being a Motown artist (I know, right?), put that golden voice on a horn-heavy 1968 cover of "Satisfaction" that still holds up as a stellar intersection between rock and soul music. She also joined forces with Ronnie Wood and Richards to lend her near-unbeatable vocal talents to a chaotic-but-not-quite unhinged recording of "Jumpin' Jack Flash" for the 1986 Whoopi Goldberg movie of the same name.

But it's Wonder who has had the closest working relationship with the Rolling Stones of all the Detroit and Motown artists. Though not particularly revered by rock audiences at the time, he served as support for 1972's extravagant Exile on Main St. tour. The Stones caught Wonder just as he entered his fabled "classic period" — he released both Music of My Mind and Talking Book in '72 — when he gained more creative control over his music and melded his popular sound with funk and rock influences. The shows often closed with group jams of "Uptight" and "Satisfaction."

According to Stang, Wonder was perceived as a supporting act on the tour, not an opening act, which speaks to how popular and on top of their game both artists were. With his brilliant new work, Wonder was one of the few popular artists in the world who creatively equaled or surpassed the Stones in this era. "Sticky Fingers and Exile on Main St. — there's so much American blues and R&B and soul just infused into that music, it's great," Lundy, the music critic, says. "And the same thing with Stevie Wonder. Once he started making the records on his own and could kind of do whatever he wanted to, he really incorporated that almost fusion-y, fast, rock 'n' roll stuff."

Finally, the Stones cemented their connection to the Motor City when the NFL chose them to play the halftime show for Super Bowl XL at Ford Field in 2006. Though it was a surprise to some that the NFL passed over so many classic acts who claim Detroit as their actual home, the Stones still proved they were a more than fine choice for the Super Bowl's post-Janet Jackson "let's only book some old dudes again so that no bras get messed with onstage" phase. This performance only added to their legacy of over a dozen shows played in the Detroit area. And of course, the Stones return to Detroit to play Comerica Park on Wednesday, July 8 for their first full-length concert in Michigan in 10 years. This show is as close to a homecoming as any on their American tours can be.

Adam Theisen is an intern for Metro Times.