The Eagles will bring 'Hotel California' to Detroit in March 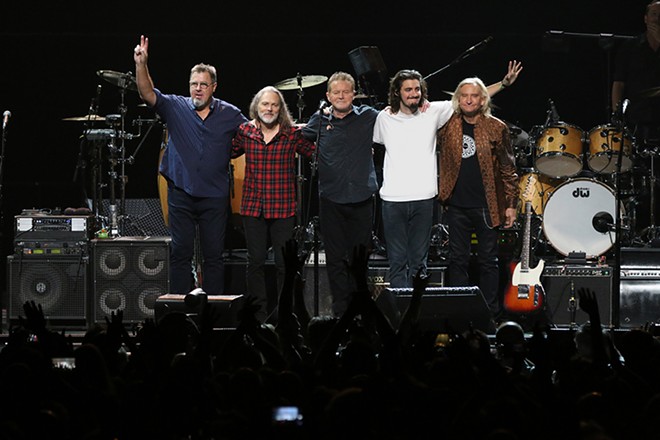 The classic rock band has added a Detroit stop to their “Hotel California” 2022 tour, playing Little Ceasers Arena on March 24. Tickets go on sale via Ticketmaster at 10 a.m. on Jan 14 with presales starting at 10 a.m. on Jan. 13.

Hotel California, the band’s 1976 record featuring the iconic song by the same name, will be played in its entirety, backed by an epic orchestra and choir. A set of other Eagles hits will follow, but don’t be ashamed if “Hotel California” is the only song you know. It’s a banger and we would sing the shit out of it too.

Don Henley will be joined by Joe Walsh, Timothy B. Schmit, Vince Gill, and Deacon Frey — son of the late Glenn Frey, who grew up in Royal Oak and died in 2016 — to complete the lineup.

The last time the Eagles performed in Detroit was in 2018 as part of the “An Evening With the Eagles” tour.