Cue the Succession theme song, because like the characters on the HBO series, popular culture was mad with power...ful music.

There was the pastel pop of starry-eyed lover Taylor Swift; Lil Nas X, the chart-topping queer Black hip-hop cowboy who lassoed our hearts — and ears — with a trip down "Old Town Road"; Ariana Grande, the no-rings-attached ponytail-wearing queen of the bounce-back who said "thank u, next" to drama; Time magazine's entertainer of the year, the Detroit-born twerking flutist and Patrón saint of self-love, Lizzo, whose music and booty defined the beginning of an era and the end of a decade. And while Spotify's Wrapped may reveal that we, uh, apparently actually listened to a lot of John Frusciante and Elliott Smith (it's a mood), we would be remiss not to revisit some of the year's other best musical moments:

"Show me where it hurts," Natalie Mering sings on the opener to her fourth record as Weyes Blood. Well, Natalie. Everywhere hurts. If 2019 taught us anything, it's to feel everything, and Mering, who has labeled herself a "nostalgic futurist," helped us do just that with Titanic Rising, a record steeped in beauty. Though the flood of Karen Carpenter and Joni Mitchell comparisons are as fitting here as they were on Weyes Blood's 2016 freak-folk-forward record, Front Row Seat to Earth, Titanic Rising adds pages taken from the playbooks of Paul McCartney and labelmate Father John Misty. On "Movies," the record's lush and orchestral centerpiece, Mering crafts an escapist dreamscape much like the underwater bedroom from the album's cover art. "The meaning of life doesn't seem to shine like that screen," she sings, addressing the consumption of misinformation fed to us by film and media and our willingness to accept disappointment when life does not deliver a Hollywood ending. Titanic Rising is not all gloom and doom, however. At its core, it's an achingly pretty devotional to positioning ourselves to be the star in our own movie, even if the ship sinks.

Use this lyric as your personal mantra when your therapist is unavailable: "No one's ever gonna give you a trophy/ For all the pain and the things you've been through/ No one knows but you" ("Mirror Forever")

When FKA twigs released "Cellophane" — the lead single from her Magdalene, a record that had been years in the making — we signed up for pole dancing classes and created a playlist based on that song ... containing only that song ... eleven times. Following the creation of the playlist, end-of-the-day showers became 20-30 minutes longer as we cried and fantasized about having sex with god. Not, like, that god, but craving an unattainable and otherworldly pleasure. What the fuck did FKA twigs do to us? Well, the answer was revealed once Magdalene dropped, nearly eight months later. Magdalene is more than a breakup record (she split from actor Robert Pattinson in 2017) — it's a religious text of her own making. Both celestial and carnal, FKA twigs called upon the Bible's most misunderstood woman, Mary Magdalene, to better understand — and reclaim — herself, her body, and public reputation. "Active are my fingers/ Faux, my cunnilingus" she sings on "daybed" a song written after she underwent surgery to remove several painful fibroids from her uterus in 2017, putting her sex life — and pole practice — on hold. Even at its most empowered, Magdalene never shies from twigs' pleas for touch, love, and intimacy — even if that means taking care of it herself.

Listen to: "Cellophane" (and no less than eight times in a row)

Text this to a partner who is so bad at communication that you literally need to spell it out for them: "I didn't know that you were lonely/ If you'd have just told me, I'd be home with you" ("Home With You")

Perhaps our favorite song of the year is the album opener to Angel Olsen's stunning and unexpectedly evolved fifth entry, All Mirrors. On "Lark," Olsen follows a breadcrumb trail of failed love and hypothetical second chances leading to what feels like ruins that, with some cathartic conjuring, could be restored. "Hiding out inside my head, it's me again, it's no surprise I'm on my own now," Olsen belts on "Lark" over a swelling 14-piece orchestra, reinforcing her calling card of trudging through life alone, though adorned. All Mirrors, which repurposes some shimmery remnants of 2016's My Woman, channels Adrian Belew, Amy Winehouse, and E.L.O., and moves from a mountaintop to a hazy hotel bar. On All Mirrors, Olsen is more than resilient; she's in control, which is why the record feels like a bold new chapter for the Asheville, North Carolina, songwriter.

Text this lyric to the last person you took LSD with: "I'm beginning to wonder/ If anything's real/ Guess we're just at the mercy/ Of the way that we feel" ("Spring")

4. Billie Eilish | When We All Fall Asleep, Where Do We Go?

The strangest cultural addiction of 2019, aside from Juuling, TikTok, and a social media campaign to storm Area 51, was undoubtedly the magnetic teenage demon princess whose internet hype could've easily threatened the legitimacy of her voice and vision, which swarmed together for one of the most unexpected releases of the year, if not of the past decade. By the time Billie Eilish turned 18 (which she did on Dec. 18), her debut record earned the singer six Grammy nominations — making her the youngest artist with nominations in the top categories — and was named Billboard's woman of the year, the American Music Awards' artist of the year, Variety's hitmaker of the year, and two Guinness World Records for being the youngest female artist to earn a No. 1 on the UK charts and for having the most simultaneous U.S. Hot 100 hits with 14 songs (and probably the only charting artist to sample a sound clip from The Office). Anyway, Eilish did more than make pop goth again — she took the genre and spiked it straight to hell with such angst that it bounced back and through the clouds to some ethereal realm where Xanax and ASMR videos are holy sacraments. Masterful, fun, and, at times, simply a diary of a young girl in a sad grown-up world, Eilish's debut is the best of both worlds, even if she likes to play the bad guy.

Use this lyric as a caption to a thirsty Instagram pic of you, like, licking a lighter or something: "And it burns like a gin and I like it, put your lips on my skin and you might ignite it" ("My Strange Addiction") 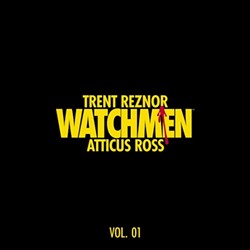 A 2019 TV show about superheroes inspired by a beloved DC 1986 graphic novel by scorned comic legend Alan Moore, who bemoaned the feature film adaptation of the aforementioned beloved graphic novel back in 2009? Yawn. Suffering from what can only be described as superhero fatigue (thanks a lot, Marvel), it's no wonder expectations were practically non-existent when HBO announced Watchmen, a sequel series written and produced by showrunner Damon Lindelof. Well, fuck us. Season one of Watchmen, which wrapped earlier this month, blew our minds and may as well be one of the best and most important first seasons of any television show ever, topping the network's other home runs, Game of Thrones and The Sopranos. It's also no wonder that a show this good would have no choice other than to enlist film score duo Trent Reznor and Atticus Ross (Reznor and Ross took home an Oscar for their scoring of The Social Network in 2010) to take on the incredibly complex, time-jumping mindfuck that is Watchmen. Spoiler alert: They fucking do. Like an omnipresent, unseen character, the score, which spans three volumes, is a flurry of unsettling and discordant industrial synths juxtaposed with the occasional jazz reprieve — and also one of the most effective instrumental covers of David Bowie's "Life On Mars?" which is guaranteed to tear you apart, regardless of whether you've seen the show or not.

Lizzo | Cuz I Love You

Local albums, singles, and EPs (In no particular order)

Stef Chura | Midnight: There’s something about Stef Chura and her sophomore record, Midnight. It’s messy and deceptively intimate, like digging around someone’s junk drawer and finding a family heirloom stuck to a lint roller, tangled in a broken aux cord. Rolling Stone called Chura “a formidable triple threat,” while Pitchfork described her presence on the record as “self-assured as PJ Harvey and as liberated as Alanis Morrisette.” The MT cover girl and punk cheerleader who moonlights as a local karaoke host hones her singular rock howl and candid songwriting that has national outlets joining us in praising her as one of the fiercest voices in music.

Dani Darling | Nocturne EP: In just 13 minutes, Ann Arbor singer-songwriter Danielle Davis, who performs aching alternative soul as Dani Darling, ruminates on insomnia, dreams, and the cosmos, blending influences from show tunes, Radiohead, Feist, CocoRosie, and Lauryn Hill. Like a space-age Ella Fitzgerald, Dani Darling’s Nocturne EP may be a quick listen, but it’s an explorative journey through genres and Darling’s atmospheric vocal abilities, all while somehow feeling like a stroll along the Seine at night — it’s just that dreamy.

Minihorse | Living Room Art: Ben Collins, the 33-year-old Ypsilanti-based engineer, producer, and musician, is basically a genius. When we interviewed the Minihorse frontman earlier this year, we learned a bit about how his brain works (very logical and at max capacity and full speed) which, in turn, helped us understand how Living Room Art is so damn good. The record took nearly two years to complete and, later, was mastered at Abbey Road Studios, and feels nostalgic, yet crisp, and is rooted in a pretty personal topic: Collins’ struggle with hearing disorders misophonia and tinnitus, which is why the record goes from loud to soft, bold to ambivalent.

Career Club | Cents EP: Leah Barnett and Mark Sleeman are Career Club, high school friends-turned-best-live-band in Detroit. What started as casual jamming, recording snippets of beats on iPhone voice memos, resulted in the release of the duo’s EP, Cents, and the catchiest hooks and guitar loops to come out of the city in ages. Most of what Career Club does is improvisational looping with the-ever intuitive Barnett on drums against Sleeman’s sweeping, soaring pop vocals (think Freddie Mercury meets Celine Dion on some Lana Del Rey shit — no really, it’s not of this world) with synths, distortion, and what might be the most daring element on Cents — its restraint. With their eclectic influences (like their shared love of that old Britney Spears Pepsi commercial) they could lose focus. Instead, Cents is sharp, clean, and one hell of a weird ride.

Sada Baby | “Bobby Bouscher”: We’re going to ignore the fact that up-and-coming rapper Sada Baby does not rank Eminem in the top five Detroit rappers. It’s OK to be wrong, Sada. We’re not holding it against you, because Sada’s last-minute entry “Bobby Bouscher” (yes, as in Adam Sandler’s character in The Waterboy) is the no-calorie, early aughts throwback rap track we needed to cleanse Detroit’s lo-fi saturated palate. Air dropping nudes? Pee-Wee Herman? A brief instructional on how to properly suck a dick (tip: “it’s all in the wrist”)? “Bobby Bouscher” does accomplish what Sada says Eminem’s music can’t: it’s music you can shake your ass to.