On Thursday, organizers announced the addition of Juan Atkins to the fest's lineup, who will perform what is being billed as a "40 Years of Detroit Techno" DJ set.

Atkins is regarded as the "Godfather of Techno," having released what is considered the first Detroit techno record, "Alleys of Your Mind," a 1981 track by his group Cybotron with Richard Davis. He has also continued to make electronic music as Model 500 (whose 1985 track "Night Drive (Thru-Babylon)" name-checks Metro Times) as well as through his label, Metroplex Records.

This year's Movement is the first time the festival will return to its long-time home at Detroit's Hart Plaza since the pandemic started. In 2020, the festival pivoted to a virtual format, and in 2021 a "micro" version was held across three Detroit smaller venues.

The festival is scheduled for its traditional time during Memorial Day weekend, Saturday, May 28-Monday, May 30. Tickets are available at movementfestival.com. 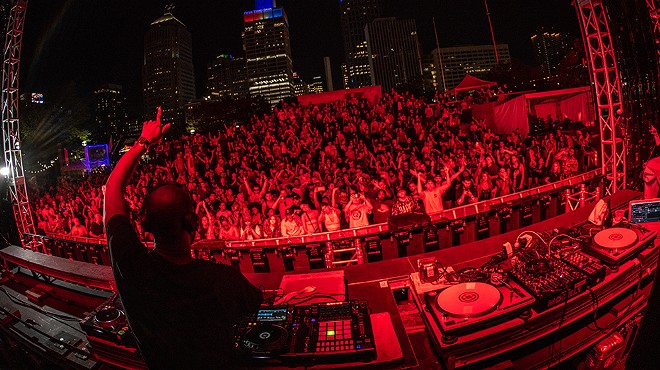