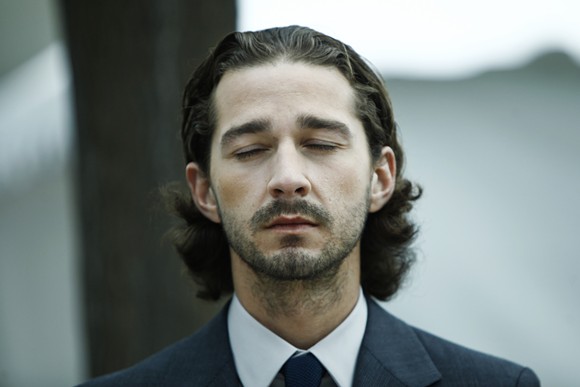 Shutterstock
There's something strange in the neighborhood...

Shia Labeouf is apparently "beefing" with Soulja Boy (or maybe its the other way around) but for whatever reason this is actually happening. One is an actor and the other is a reality TV personality. Neither are considered serious rappers. Soulja Boy was run out of Hip Hop after making a name and album for himself through YouTube fandom. Shia LaBeouf almost threw away Disney Channel fame with some of the things he did then began to freestyle.

So let the battle for irrelevancy begin.

At least when TV legends Jay Leno and Tim Allen battle it out on a racetrack, it ends up being devilishly entertaining and it makes sense because both are childish gear heads. Even the Drake and Meek Mill rap battle was interesting because it was a showcase of talent (at least on Drake's part), but this is just sad.

First off, the fact that Soulja Boy was trying to ban someone from setting foot in Atlanta is utterly absurd. About as absurd as Lil Bow Wow retiring and his comments comparing it with the retirements of Kobe Bryant and Lil Wayne.

Secondly, "can't never..." Really Soulja Boy? He really needs to go sit the hell down somewhere until he gets a handle on the basic concepts of the English language. On top of that, you can't be blamed for ruining Hip Hop, get played by Ice T multiple times on YouTube, get burned on a freestyle by an actor (when you're a "rapper"), then use bad English to tell someone they "can't never" come to Atlanta because you say so. Go "crank that" bullshit somewhere else. Please.

I have a problem with the concept that neither of the two has a respectable Hip Hop career yet and social media has created some special narrative that this somehow matters to fans because one of them will lose their credibility. What credibility?

Labeouf has shown his prowess to freestyle over the last decade and did recently made tracks about Drake, Kanye West, Vin Diesel, and some other rappers that nobody cares about. But it never really garnered legitimacy. It showed he could do it, but there has been no real follow-up (at least in terms of albums or sales) so Drake and Kanye aren't going to respond because of where they are in their careers.

I'm almost sure this is pretty much a PR stunt to help both find a way into the music scene. If not, it is such a waste of time, energy, and bandwidth. At least Labeouf can freestyle and I can respect him for that. Soulja Boy, well, he's Soulja Boy. So, enough said.