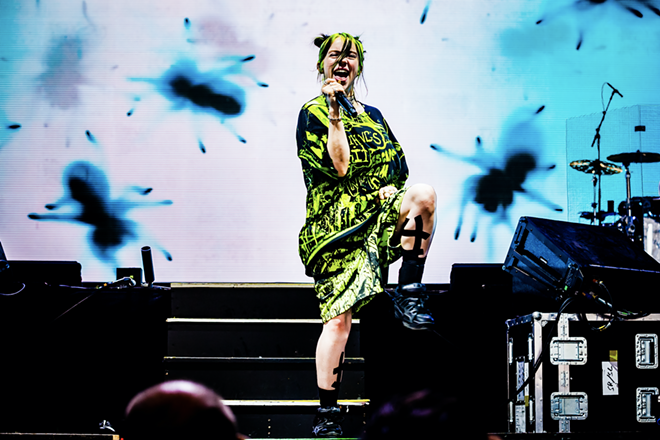 Ben Houdijk / Shutterstock.com
As the great Cat Stevens once wrote, “the first cut is the deepest.”

For many, the first cut suffered may have been the ongoing wave of concert and event postponements and cancellations across the globe due to the coronavirus pandemic, forcing the event industry at large to press pause indefinitely. Last month, promoter giants Live Nation and AEG grounded all tours amid the crisis. Well, the second cut doesn't feel too good either, especially for those who may have purchased tickets through shady ticket-exchange and resale site StubHub.

As of last week, StubHub, which cut its staff by two-thirds, also reversed its refund policy. Normally, a canceled event equaled a full and automatic refund. As of two weeks ago, however, StubHub began offering buyers the option of receiving a full refund for a canceled event or a voucher, which is valued at 120% of their order to be applied for a future purchase on the site. This is no longer the case unless buyers and/or canceled events are located in one of 14 states that enforce consumer/refund laws, in which case the buyer may be entitled to a refund. Michigan, unfortunately, is not one of those states.

StubHub updated their policy today. Instead of full refunds for canceled events, they changed it to a COUPON worth 20% more than the value of the ticket. As pointed out by @don_shano, this is not only absurd (fans deserve their $ back), it’s unethical and likely illegal. pic.twitter.com/onFRrGVh6S


“We have a situation right now where we had over 20,000 events canceled, basically at the same time. In addition to our buyers, we also have a million sellers on our platform, all of whom are trying to figure out how they're going to get recouped from the original seller — the venue, the team, the artist — and the timing delays are going to be significant,” StubHub president Sukhinder Singh Cassidy told Axios.

"In normal times, we would take the risk of giving refunds to buyers before recouping the same refund from the seller," Sukhinder said. "At regular volume, we can afford to take that risk. But these are unprecedented times."

With most sporting events in the air, as well, postponed games pose their own set of frustrations for ticket buyers, who under this new policy are unable to redeem the coupon option from StubHub, meaning they have to either wait until the event is canceled, at which point the voucher kicks in, re-sell the ticket, or apply the ticket to the event's new date.

In February, StubHub was acquired by ticketing rival Viagogo after leveraging a $4 million buyout. Gary Alder, executive director of the National Association of Ticket Brokers, told Billboard that he has garnered support to try and get Congress to include ticketing companies in the same bailout package for airlines and hotel hospitality, describing the services they provide as “valuable” and “essential.”

Naturally, people are upset by StubHub's new policy, especially given the current climate in which a record 3.3 million Americans have applied for unemployment due to COVID-19-related layoffs and job loss.

Nothing makes me happier than knowing that TicketMaster, LiveNation, StubHub and Vivid Seats are losing copious amounts of money due to the quarantine.

Possibly the only good thing to come out of this situation.

ATTN: @stubhub and @Mets - I purchased 5 tickets for the March 28th game that obviously did not take place due to COVID-19. I do not want a120% credit for the canceled purchase. I want a full refund. If you ever want me to use #StubHub again, give me my full refund NOW! Thanks!


i will NEVER order from @StubHub again, selfish fucks. People need the money you’re holding onto. Also, if the @NBA could just say the season is “cancelled” you’d make a lot of lives much better. Losing fans by the second, smh.

I can’t wait until the lawyers sue you into oblivion in a class action lawsuit for your unethical and dishonest behavior. Refund people’s money. They bought tickets with promise of money back if the event does not occur.


One Twitter user claimed to have disputed the refund directly with her credit-card company, showing proof that they had purchased tickets before StubHub enabled the new policy.

How is this legal? When we bought the tickets we had money back guarantee. How do fight this?

This user may have summed the whole mess up best:

publicly announcing that stubhub can suck my massive cock