Singer Lakeyah brings her ‘No Pressure’ tour to Detroit 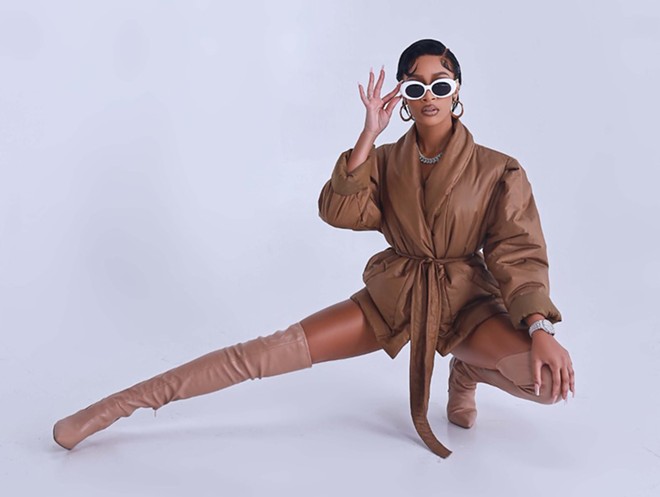 Jaden Aikman
Lakeyah performs at the Magic Stick on Thursday.

Lakeyah, 21, is signed to Quality Control Music/Motown Records. She’s never performed in Detroit, but she’s excited to do so.

“I feel so sad saying this, but I had the opportunity to perform in Detroit twice,” she says. “I was on tour with Toosii and missed the shows, which was out of my control. I’m so excited to perform here though! I know I have crazy support in the D and some of my favorite artists are bred here.”

Although she never hit a Motor City stage, she still managed to spend some time in the D. “I remember I came to Detroit for a press run and my DJ, who’s a Detroit native, made sure to get me some fire soul food,” she says. “He took me to Motor City Soul Food, and I visited the Motown Museum. I also wanted to see the streets Tee Grizzley rapped about, so we did a few sight seeing situations.”

After appearing on XXL's 2021 freshman cover, Lakeyah has been having a breakout 2022 spearheaded by her hit single “Mind Yo Business.”

“My supporters can expect a real performance!” she says. “Some crowd engagement, some dope music, fire looks, and a few special guests. Overall, we’re gonna have fun. I want fans to post the next day like, ‘had a time last night,’ working on an after party so we don’t go in the house till 4 a.m.!”

Kahn Santori Davison is from Detroit, Michigan. He's a husband and father of four and a self-described, "Kid who loves rap music." He's been featured on Hip-Hop Evolution and Hip-Hop Uncovered. He's also a Cave Canem fellow, author of the poetry book Blaze (Willow Books), a recipient of a 2015 Kresge Literary...
Read More about Kahn Santori Davison
Scroll to read more On tour articles