Family hour will be from 12 noon until 1 p.m., and the funeral will start immediately afterwards at 1 p.m The telephone number for Swanson's Funeral Home is 313- 923-1122.

Donations can be sent directly to the funeral home. Make sure, though, to indicate on the check that it is for Nathaniel's funeral expenses. A Nathaniel Mayer tribute show is now slated for November 30th. We will report more details on that at a later date. 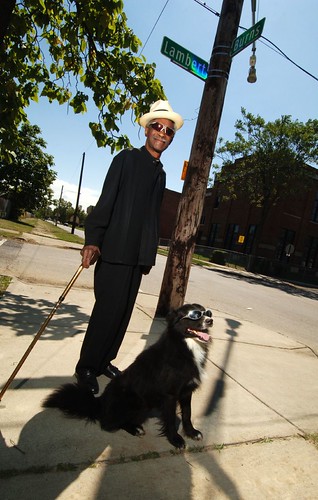 The late, great Mr. Mayer and a best friend.