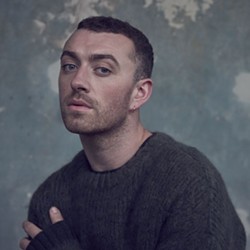 Facebook
Grammy award winner and British crooner Sam Smith is gearing up to release his highly anticipated sophomore album following his debut hit In The Lonely Hour. After releasing a new single "Too Good At Goodbyes" Smith announced the title of new album, The Thrill Of It All, and a North American tour to follow.

If you want to get a little taste of the album before it officially comes out, tune in to Saturday Night Live this weekend where Smith will be the musical guest. Check out the music video for "Too Good At Goodbyes" below.