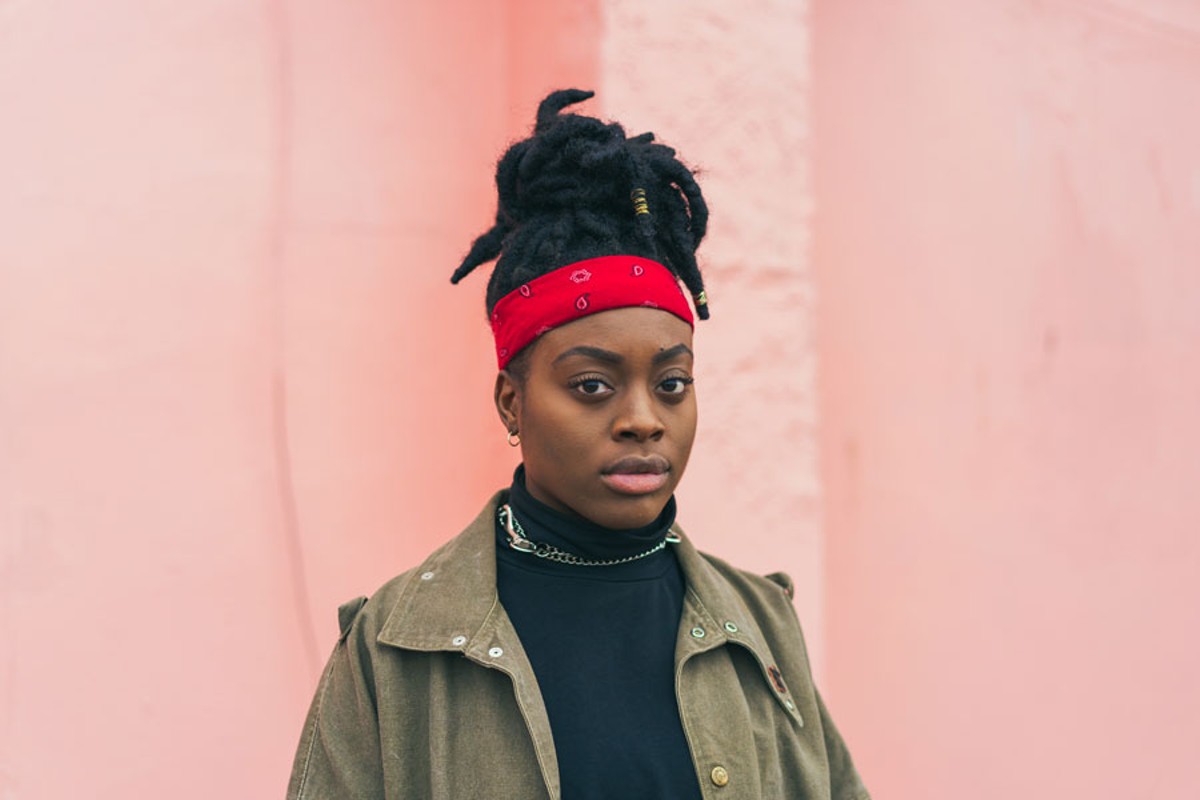 Siena Liggins is recovering from bronchitis and tenderly nursing a bruised rib as a result of her persistent cough when she entertains the idea of stealing a golden retriever puppy from outside a Detroit coffee shop.

"I'm just not going to have a puppy until I have a big enough crew," she says. "Until I can have somebody thinking for me on the road, making decisions for me. Somebody being like, 'Siena can only eat this, don't bring that shit back here.' When I get a crew, I'm getting a puppy."

For the record, Liggins doesn't steal the puppy. But before 2018 came to a close, Liggins did wrap her first tour supporting Flint Eastwood and land herself on Billboard Pride's list of "20 new LGBTQ artists to fall in love with." She also spent the month of November blindly fielding phone calls and text messages after giving out her phone number to market her third single, "Me Again."

"I knew it would be funny and gimmicky," she says. "It's definitely fun to talk to girls. I don't have to slide into as many DMs anymore. I don't have as much time to slide into them. So, now I get out my phone number to the entire world, the whole public. I'm like, just please slide into mine. In fact, just text me."

This flirtatious transparency has become Liggins' unofficial calling card. Take Liggins' debut single, "Flowerbomb," or as the writers at WussyMag called it, "the song of the summer for girls who like girls."

"I know that she ain't doing her job/ So when she up/ I pick the shift up/ And put in work overtime," she sings. Or take her second single, "Naked" — her body-positive, self-love anthem which she released in tandem with a #LetsGetNaked social media campaign. "Every time I see you naked, I want a collaboration," Liggins flirts.

Behind the carefree pop haze of Liggins' R&B seduction, however, is a marketing background. "It makes me think a lot more about who's going to receive my music, more so than myself," she says. "Of course, every song I make is for me, but I definitely put in a lot of thought about like, 'Where does this land?' I'm really, really specific about how I tailor everything."

Before Liggins was a massive queer crush, she was a sneaky 11-year-old who found middle school popularity after releasing her first mega-flex track titled "Poppin" on Myspace, recorded in her grandmother's basement on her rapper uncle's equipment.

"My uncle had a home studio and my grandma would always be like, 'You're not allowed down there,'" she says. "So, of course, I was like, 'I have to get down there.' Whenever she would go to the grocery store or run any errands, I would always sit on the basement stairs, behind the wall."

Before too long, her uncle eventually got hip to her curious shenanigans and offered a chance to lay down her own track. The catch? Her lyrics would have to be fire. To his surprise, it was good. Or as Liggin's says, "it was hot for 11."

"It was literally just a song about me, like flexing on all my schoolmates," she says. "I was just talking about all of the clothes I had, like something about like how many people wanted me but like I paid no attention. Honestly, it's very much like my music now."

Looking ahead, Liggins entertains the possibility of a pride fest tour, taking her selection of singles to the streets of various LGBTQ celebrations. And although Liggins has no immediate plans for a full-length release, she's gearing up to top herself at every turn.

"I don't want to get super trapped into feeling like I need to release a project because I don't want to, like, make a lot of songs for a project and then release it and feel like I shouldn't have waited," she says. "I'm gonna