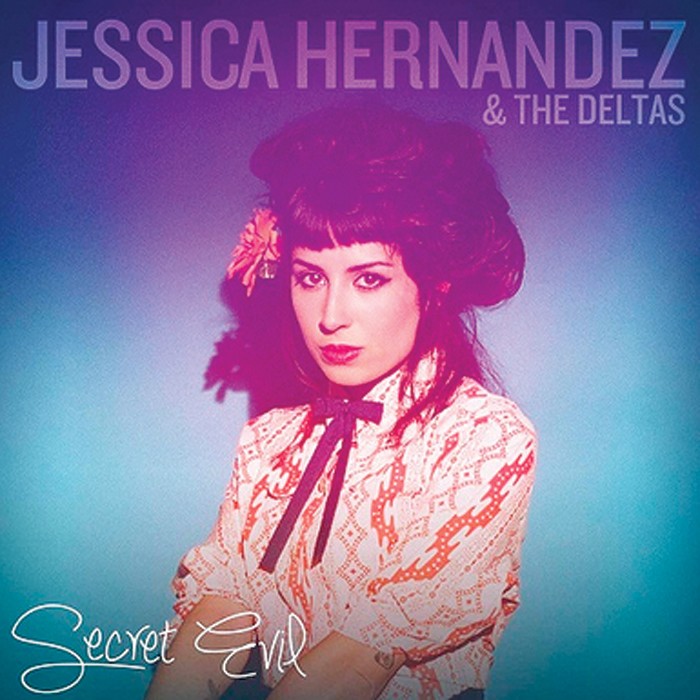 When we spoke to Jessica Hernandez nearly two years ago for a Metro Times cover feature called “On the Verge,” she had just signed with Capitol Records jazz subsidiary Blue Note, and she was feeling pretty much on top of the world. “I was actually surprised that they were interested in having me sign to the label, only because of their roster,” she told us. “We’re so different [from] anything else that they had put out. They have, like, Norah Jones, of the more current, bigger artists on the label. She has some contemporary aspects, but she’s still soft and quiet. That’s definitely not what I have happening, and that actually made me nervous.”

As it turns out, Hernandez was right to be nervous. Her time on Blue Note proved largely fruitless and her debut album, Secret Evil, has now been released on Richard Gottehrer’s Instant Records label. It’s probably for the best; the indie environment allows Hernandez the opportunity to breathe and experiment a little. A song like “Dead Brains,” in a just world, would be all over the radio across the country, thanks to its clever build to a catchy chorus. Meanwhile, “Tired Oak” is brimming with soulful vocals and lyrics that display staggering maturity.

Hernandez has been to the brink of national mainstream success and has seen it ripped away from her, and yet her debut album is a stunning piece of work. One suspects that our girl will have the last laugh