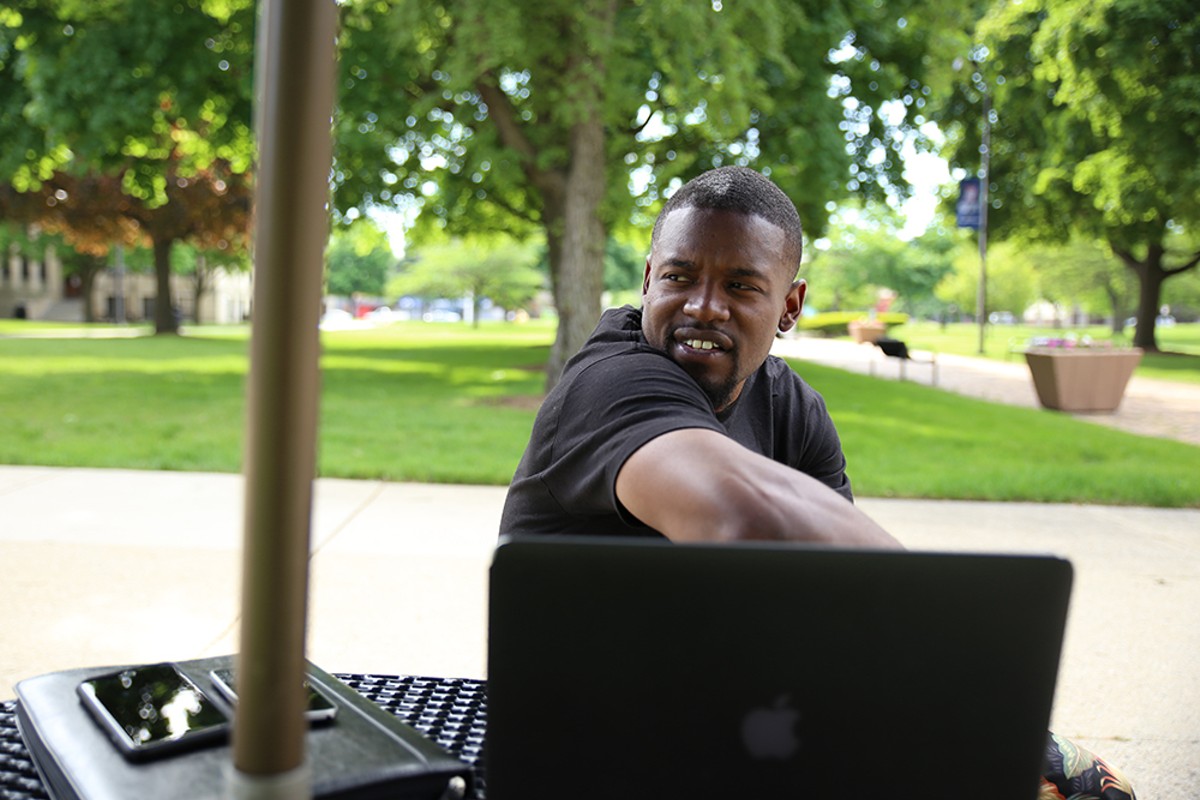 Born Jalen Crawford, Willie Mac Jr. didn't always know he was destined to be a musician. The 26-year-old Detroit native was raised with basketball in his DNA — his two older brothers were both drafted to the NBA, and he was well on his way down that path before fate had different plans. After losing his basketball scholarship his senior year at Valdosta State due to an issue with transfer credits, Mac turned to music as a way to cope with his less-than-ideal situation. Then, it became his life.

Four years later, Mac has released his third studio album, Inć University: Back to Cool; started a family business, CRED (Crawford Real Estate and Development); and feels more comfortable in his skin than ever before.

Mac, who took on his grandfather's name after he passed — the same year he lost his scholarship — says he spent most of his youth following a path that wasn't his. "Everybody sees you as one thing, whatever they think you should be doing," he says of his basketball career. "They expect you to follow in their footsteps, and that's what I thought I wanted to do."

It wasn't until adversity struck that he realized that his true passion was in music. That summer, Mac was visiting his brothers in Los Angeles where they were spending their off-season working out. One night, while contemplating his next moves over a bottle of wine, Mac's brother suggested they try rapping for fun. "After I rapped him my verse, he was like, 'I don't even want to write, that was too good,'" Mac says. He wound up writing 13 songs that week, most of which ended up on his first studio When I Really Became Willy.

"At first it was a way for me to get away from my problems, but it actually became my newfound love because it gave me a way to express myself," Mac says. "Music allowed me to feel free, so as soon as I tasted it, I just ran with it." The rapper says his first album was the beginning of his journey to self-discovery, followed by his second — Stop and Smell the Roses — which saw him feeling more comfortable as an artist. But Back to Cool, he says, is the best representation of who he is now.

Back to Cool sounds exactly like what it is: a celebration. With its timeless old-school production and lyrics dripping with self-assurance, one can't help but recall one of Kanye West's most beloved records, Graduation. Mac's record exudes confidence and love for his city and community. In fact, he says that one of his goals with this record is to encourage others to share his self-starter attitude.

"One of the biggest messages in this new project is entrepreneurship," says Mac. "I hope to persuade minds to really think about the importance of entrepreneurship and owning your own name and business. I feel like, If I'm going to be here one time, I might as well give it a shot."

Another theme Mac wants to stress is bringing back his definition of "cool." To him, "cool" isn't a certain clothing brand or hairstyle — though he is a sharp dresser — but the way that a person carries themselves. "It's cool to be who you truly are," says Mac. "My cool would be different from anyone else's cool. It's not like you got to put on this front and lean back every time you sit down. It's being comfortable being yourself."

So far, Mac's efforts seem to be panning out for the best. With his best record to date out in the world and a slot at Detroit's inaugural Kindred Fest on the horizon, Willie Mac Jr. is on his way to touch the sky.

Willie Mac Jr. will perform at 3:40 p.m. as part of the Kindred Music & Culture Festival; The festival takes place from noon to 9 p.m. on Saturday, Aug. 18 at Roosevelt Park; 2405 Vernor Hwy., Detroit; kindredfestival.com; General admission starts at $35. Tickets will not be available at the gate but tickets will be sold on Eventbrite until capacity.