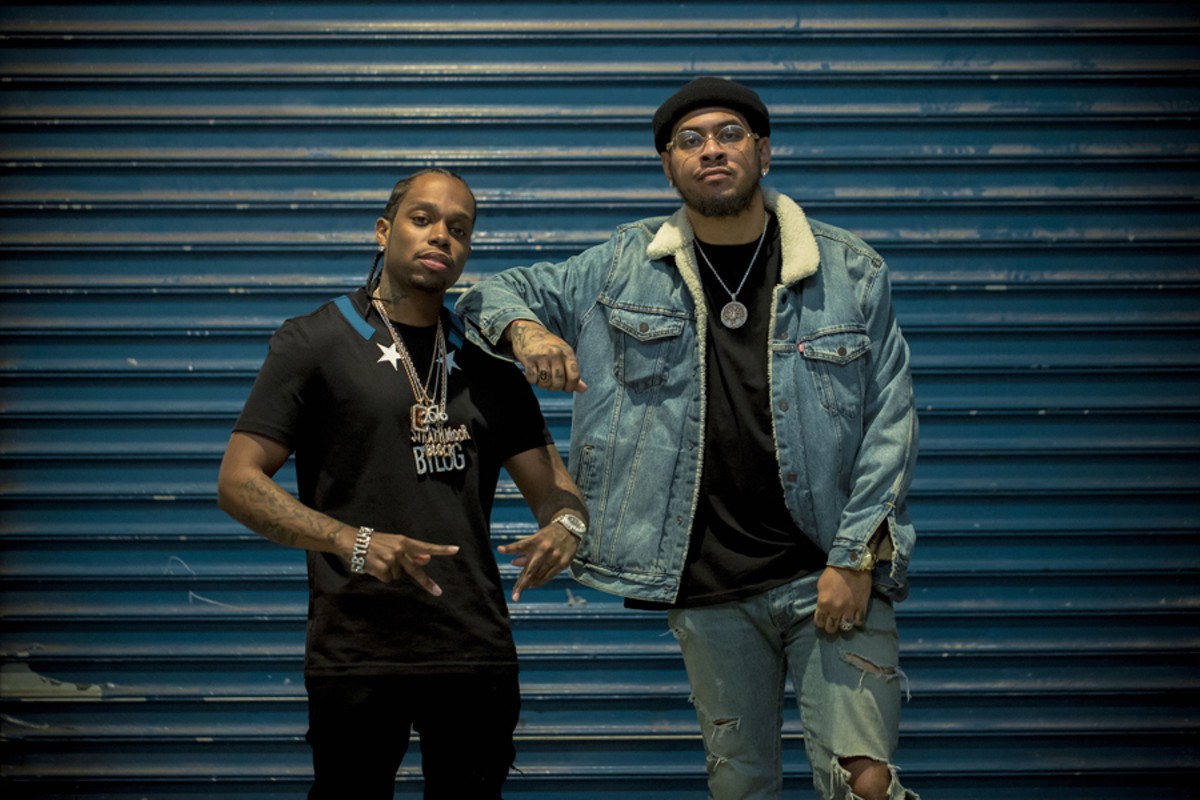 Detroit rapper and Doughboyz Cashout standout member Payroll Giovanni (Dior Giovanni Petty) has teamed up with Texas-based producer, Cardo (Ronald LaTour) to release a follow-up to their 2016 cult classic mixtape, Big Bossin Vol. 1. The duo's shared appreciation for classic West Coast artists like Tupac and Mac Dre makes for the anecdotal, sunny hip-hop record that the genre has been lacking. Giovanni and Cardo say the upcoming release, which dropped on Jan. 26, will have all the "get money" and hustler themes as Vol. 1, but with more serious undertones.

"This one is telling you the consequences of your decisions, the good and the bad," explains Cardo. "It's got the same Big Bossin Vol. 1. feel, but the body of it is more serious."

"[It's] all hustle motivation — make you some money and make wise decisions," Giovanni adds.

Although Giovanni and Cardo come from different neighborhoods — Giovanni is from Detroit's west side, Cardo is from St. Paul, Minnesota — they explain how their similar pasts and musical tastes provide a synergy that allows them to collaborate from afar. "Me and Cardo got this chemistry," says Giovanni. "I can tell him I want to do a record about a fine female and he'll make a laid-back beat, send it to me, and it'll be perfect — like I sat there and made it with him."

"We come from kind of the same background when we were younger," says Cardo, "so I can get where he's trying to go, and that's how we usually get shit done."

Despite his gansta-rapper persona, Giovanni says he's used music to escape the lifestyle he raps about. "Music most definitely saved my life," says Giovanni. "You gotta remove yourself from your environment. In your city, you know what you see and sometimes can't see past that. That was one of my main reasons for getting a house outside the city in Atlanta, just to change my mindset and focus on my music more."

While Giovanni doesn't go into specifics about that environment during our interview, he echoes this sentiment in Big Bossin Vol. 2's opening track "Rapped My Way:" "Drove moms insane every day selling 'caine/ Now my lifestyle changed/ I had to rap my way out the game."

Giovanni's urge to relocate is understandable, considering the murder of his close friend and fellow Doughboyz Cashout crew member, Rodney Yeargin, aka Doughboy Roc, who was shot to death in October 2017. Before his death, Yeargin was under investigation by the DEA after nearly $55,000 of untraceable cash was found in his luggage at the airport — seemingly the kind of "get money" schemes Giovanni was eager to distance himself from.

"I'm strictly about music and handling my business," says Giovanni, reiterating the themes of Big Bossin Vol. 2. "Get your money, stay safe, watch out for suckas, and be aware that there's consequences to the decisions you make in the street."

The duo coins their unique combination of wisdom-imparting lyrics and old-school West Coast production as "trap-jazz." "It's like 'new-cool,' we're really talking about something on these songs," says Cardo. "We're giving you some game to live by. Everybody's like 'party, turn-up!' Ain't nobody giving you rules to live by or telling you the do's and don'ts."

As far as his own musical journey, Giovanni says he has always focused on staying close to his roots. "That's just something I always wanted to do — I wanted to sound like Detroit and look like Detroit. I didn't want to look like I was from anywhere else."

In working with Cardo, Giovanni has honored the Detroit legacy while creating a sound that is 100 percent his own. As for the future, the two plan on collaborating for years to come. "We're going to continue to make music no matter what," says Giovanni. "This is way past music with us, we're brothers."