A 2003 photo of the late J Dilla by B+
It's no secret that J Dilla had a profound influence on beatmakers around the world. But now, thanks to music creation library Splice, you can evoke the iconic producer's sounds into your own productions.

On Nov. 16, Splice announced the release of The Fantastic Sounds of Jay Dee AKA J Dilla, a collection of samples cut from original recordings during J Dilla's years in hip-hop trio Slum Village. The samples, which were curated from Slum Village's Young RJ, are largely found on the albums Fantastic Vol. 1 and Fantastic Vol. 2.

“This [kit] is for all the true hip-hop heads that’s been wanting them Dilla sounds,” said Young RJ in a press statement. “We're giving it to you, the way Dilla gave it to us.” 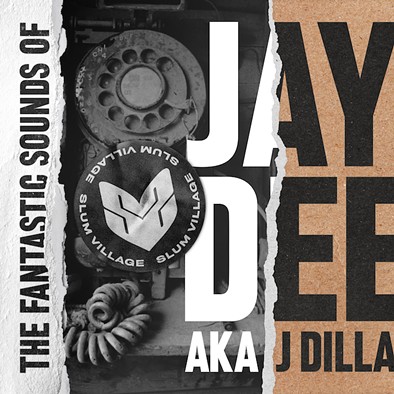 In addition to the samples, Splice connected with prominent producers that were influenced by J Dilla's iconic beats to create ten loops each as companion packs to The Fantastic Sounds of Jay Dee. On Splice, you'll find loop packs from Jayda G, Slum Village's T3 and Young RJ, Black Milk, Shigeto, Soulection's Monte Book, Stro Elliot of the Roots, and more.

This isn't just a cash grab for Dilla beats, however. All of Splice's profit generated by sales of the new sample pack will be donated to Building Beats NYC, a New York-based non-profit which provides underprivileged youth with access to DJ and music education, in addition to leadership and entrepreneurial programs.

You can watch a short Splice documentary below as DJ Jazzy Jeff, 88-Keys, and J Dilla's mother, Ma Dukes, discuss the Dilla's legacy. And you can check out The Fantastic Sounds of Jay Dee aka J Dilla at sounds.splice.com.