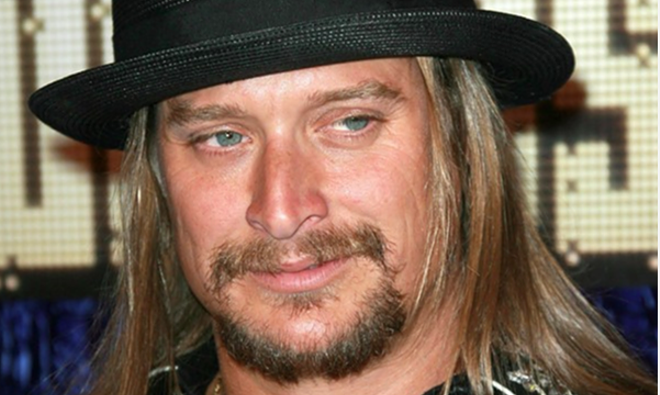 We did it, Detroit. We ran #MAGA-loving rebel rap-rocker Kid Rock out of his home state — and it wasn't easy.

First, he began selling off his properties, including his sprawling 5,600-square-foot estate in Macomb County and his home along the Detroit River, where he was neighbors with the Manoogian Mansion. Then came the closure of Kid Rock's Made in Detroit restaurant, which the “Bawitdaba” singer, er, performer, opened inside Little Caesars Arena — a venue he christened, er, stained with six back-to-back shows, all of which were met with protest and even earned Kid a Metro Times cover story in an attempt to understand his politics... because, oh yeah, during that time he was teasing a run for Senate, going as far as to deliver a hateful and bombastic stump speech. The dude even sold “Kid Rock for Senate” merch on his website like a real asshole. And yeah, he had real supporters, because of course he did.

Now, it appears that Kid Rock and all of his “Rock 'n' Roll Jesus” idolatry is someone else's problem: the kind citizens of Nashville, Tennessee, where he lives in a camouflaged luxury trailer and co-owns Kid Rock’s Big Ass Honky Tonk & Rock & Roll Steakhouse, which was the scene of a November 2019 incident in which he went on a drunken tirade aimed at the ladies of daytime television: Oprah, Joy Behar, and Kathie Lee Gifford.

"They can suck dick sideways," he said before being assisted off stage, you know, of his own bar.

Anyway, Kid Rock's Honky Tonk is located in a bustling entertainment district and is refusing to shut down amid COVID-19 coronavirus concerns, despite Nashville Mayor John Cooper's order for bars along Lower Broadway and throughout Davidson County to close. Kid Rock is not just Nashville's problem, he's everyone's.

OK — to be fair, Kid hasn't issued a statement about his involvement, if any, in the decision to remain open, but none of this is surprising considering his alignment with President Donald Trump, who has been misinforming the public about the severity of the coronavirus pandemic and its rapid spread, and, as of last week, continued to shake hands with officials who had contact with those who had been in contact with positive coronavirus cases. Very cool.

According to Fox Nashville, Big Ass Honky Tonk co-owner and Nashville restaurateur Steve Smith issued a statement Sunday night as to why he has chosen to keep his properties open during the crisis.

“We appreciate the efforts of Mayor Cooper to combat the COVID-19 virus, but unless there’s a statewide mandate that directs all bars and restaurants to be closed, the request made by Mayor Cooper is unconstitutional as he is targeting a select group of businesses.”

We are compassionate with those who have contracted the COVID-19 coronavirus and all who are helping to manage the crisis as the entire world addresses the outbreak. However, a Tootsie’s patron as immediate as last night, mentioned having lived through the polio epidemic and didn’t recall such extreme measures being handed down in history.

In response, Tootsies Orchid Lounge, Rippy’s, Honky Tonk Central, Kid Rock’s Big Ass Honky Tonk & Steakhouse and The Diner will continue to remain open to serve the public until such statewide mandate is issued from the Governor of Tennessee.”


Big Ass Honky Tonk isn't the only establishment recklessly disobeying orders from the city, the CDC or the WHO. A video shared to Twitter over the weekend shows a shoulder-to-shoulder Nashville bar with a concert underway.


If Michiganders can glean anything from this mess it's that Kid Rock just won't go away — no matter how much we wash our hands of him.