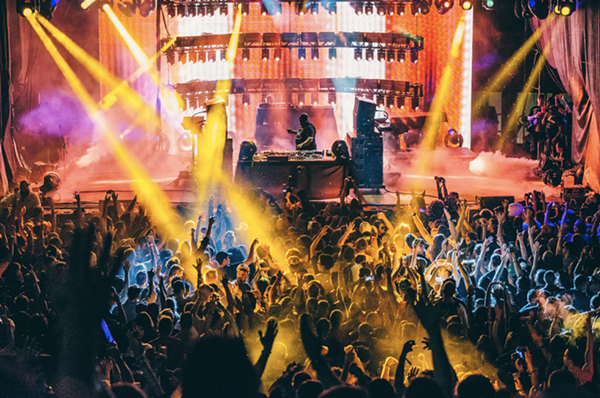 For fans of Movement Music Festival, few days of the year are as highly anticipated as the day the lineup drops. But today, Christmas came early as Paxahau announced a sweet little teaser of artists who will appear at the 2019 event, set once again for May 25-27 at Detroit's Hart Plaza.

Among the artists announced include Amelie Lens, the Belgian superstar who cultivated near cult-like appeal for her banging, big-room techno sets. Floorplan, made up of Detroit daddy-daughter duo Robert and Lyric Hood, will return to the festival in 2019 after releasing their critically lauded album Victorious in 2016. Experimental techno wizard Stephan Bodzin will return to Movement with a live performance, along with Hot Since 82, Chris Lake, Danny Brown, Heiko Laux, DJ Bone, and Japan's DJ Nobu. 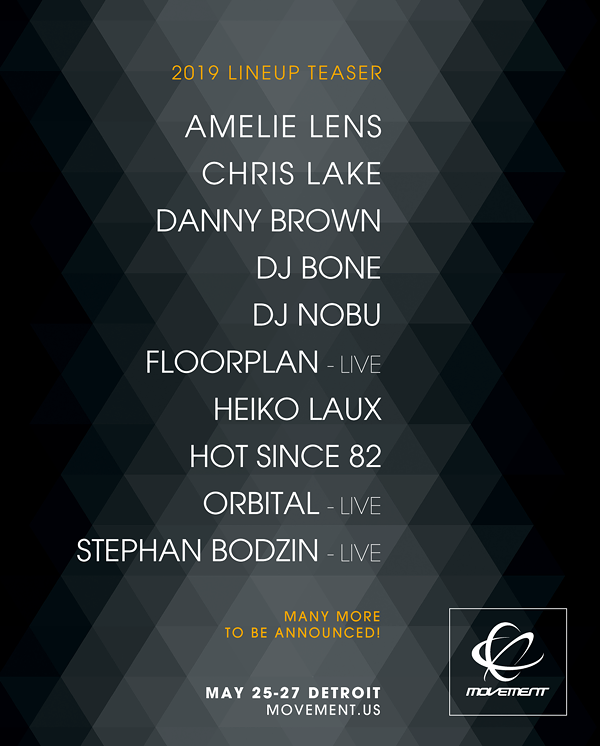 Perhaps the most highly anticipated act announced on the 2019 lineup teaser is Orbital, the English duo made up of brothers Phil and Paul Hartnoll who will return to Detroit for a live performance for the first time in almost 20 years. Orbital, who penned groundbreaking electronica anthems "Halcyon and On and On" and "Belfast," have made rare appearances in the United States since returning to the stage after a three-year hiatus in 2017.

That's just the initial lineup announcement — more will be announced in the coming weeks. Tickets are now on sale for general admission, VIP, and daily passes at movement.us. The festival also offers payment plans for fans looking to stretch their budget this holiday season.