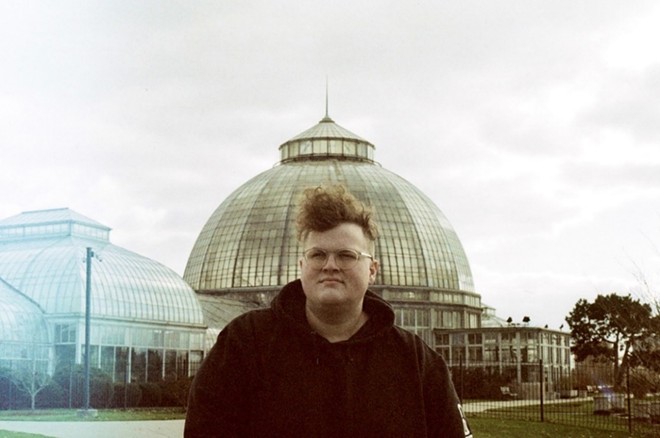 Courtesy of artist
Michigan indie-pop artist Michigander will close out the week of Michigan House's SXSW events with a performance at El Club.

When last year's annual SXSW music, film, and comedy showcase was canceled due to COVID-19 — the first of many major events to pull the plug — independent artists felt the sting, including many up and coming Detroit-area performers who were scheduled to perform at the Austin-based festival.

Though this year's SXSW has pivoted to a virtual format for its 2021 celebration, kicking off with an entirely digital schedule starting Tuesday, March 16 through Saturday, March 20, some Michigan artists are once again getting in on the action.

Starting Tuesday, March 16, Michigan House, which is described as “the Great Lakes State's experiential embassy to SXSW” and “catalyst for the state's innovators and creatives,” has partnered with Select Sessions to host a four-day SXSW activation with virtual events and some socially distanced live performances.

“It’s obviously been an incredibly tough year for so many of our friends in the music industry,” Ted Velie co-founder of Michigan House said in a release. “Even though we still can’t do it exactly like we’d like to — we didn’t want to lose the chance to connect that SXSW gives us each year. So we’re using all the tools at our disposal to provide at least one day of celebration. There’s so much pent-up creativity in this state, we’re thrilled to partner with Select on Friday as a preview of what’s to come.”

“Live music is an integral part of communities and events, and so many Michiganders miss it sorely,” Select said in a statement. “Select is thrilled to play a role in bringing the stages back to life in Michigan. This is the first of our Select Sessions, and we will be sponsoring many live music events statewide in 2021.”

It looks a little different this year but Michigan House is live @sxsw More that 40 organizations from Detroit to Marquette are part of this year virtual embassy to the Conference & Festival. Find all the details at: https://t.co/Bjr5meejPG pic.twitter.com/LSDv0V1S6U


Each morning's festivities will kick-off with an Instagram sesh hosted by Madcap Coffee featuring poet and empath coach Ber-Henda Williams, followed by trivia, panels about mobility, the future of foodservice, and the rules of attraction pertaining to creative professionals.

The showcase will conclude on Friday, March 19 with Michigan Music Friday,
which will feature an outdoor performance by beatboxer Stevie Soul at Madcap Coffee, as well as, a performance by Americana outfit Brother Elsey, who will take the stage for an open admission but socially distanced live outdoor performance at Studio Park in Grand Rapids. The Grand Rapids-based band of brothers is also expected to release their new single, “Dreamer” in conjunction with what will be their first performance since February 2020.

The final performance comes via an El Club, where indie-pop artist Jason Singer aka Michigander will perform a live virtual concert in celebration of his latest EP, Everything Will Be OK Eventually, which will be released that same day.

For more information about Michigan House and its SXSW schedule, visit MichiganHouse.org.

You can listen to Michigander's latest single “OK” below.