A lot of the Internet, especially some of the music chatrooms, is buzzing this morning over the sex tape that suddenly appeared this weekend that supposedly shows White Stripes drummer Meg White engaged in full coital activity. While nobody can verify that the person of interest in the video is indeed Ms. White, there has been a great deal of speculation as to whether the existence of the tape (if it's real) -- and its imminent Web premiere -- led to Meg's much-reported recent anxiety disorder and, thus, to the cancellation of the band's upcoming U.S. and European tour.

While we're totally in favor of sex in all varieties (so long as nobody is hurt), we're still wondering if some celebs missed the memo: If you're famous and don't want your private parts making an appearance on the Internet, it's probably always a good bet to make sure that the video equipment is shut completely off.

At any rate, the video and still photos and yet more (larger) still photos of the said video can be found at various sites online, if you're at all interested. Warning: These images are definitely NOT work friendly and should be avoided by anyone who is offended by graphic "pornographic" images. 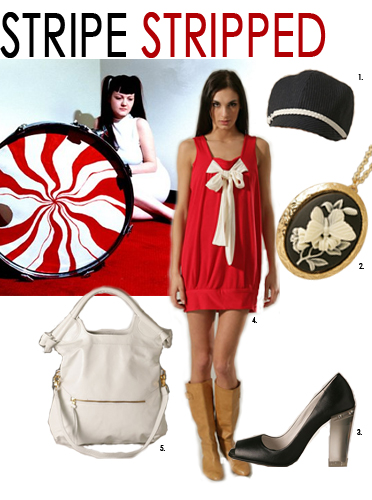