Longstanding Dearborn music store closes after 50-plus years in business 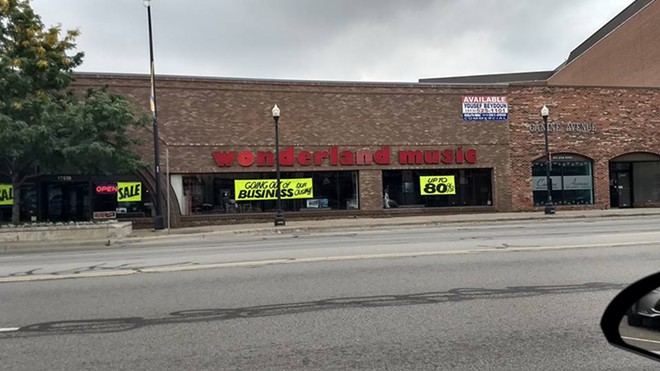 Photo via Facebook user D'Andre Ford.
Stevie Wonder, Bob Seger, the Jackson 5, and several U.S. presidents were all customers to Wonderland Music, the Dearborn music store that will close after 54 years in business.

According to a report by the Detroit News, the store will close at the end of the month, but not before selling the last of their stock during a going-out-of-business liquidation sale.

During its heyday, the shop was known for releasing over-the-stop commercials featuring co-owner "Crazy Clarence" Wayne.  Wayne and his brother Larry opened the story in the '60s, and now, they're ready to retire and decided to close up shop.

Wonderland Music is located at 13519 Michigan Ave., Dearborn and will remain open until the end of October.