In a move straight out of the modern band breakup playbook, 800beloved, one of our favorite local indie bands, has announced their retirement with a final show, a press release, and a fancy and artsy image. They're even referring to their final show, on August 13 at Marble Bar, as a "funeral." It's sure to be some sort of spectacle, so don't miss it.

Their full press release, which is actually worth reading as it manages to be both self-aware and a bit funny at the same time, is below. 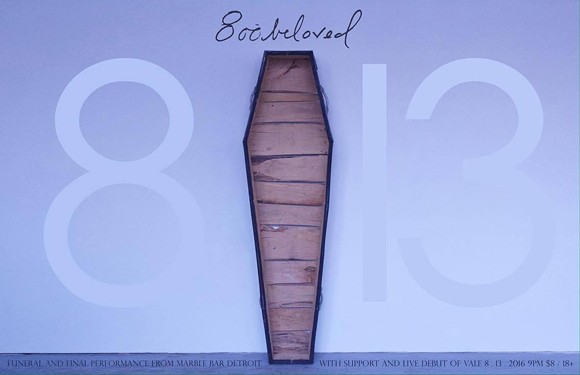 A moniker taken from a 1-800 telephone number, 800beloved began from the writing and recording of singer/multi-instrumentalist and former undertaker, Sean Lynch, and reincarnated through contributions of several members over its decade of output; notably from artist/bassist Anastasiya Metesheva, who remained with the group since 2007.

The band was once described as, "elusive".