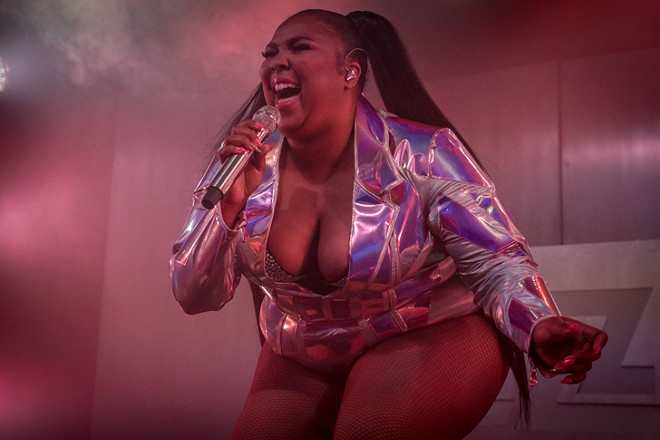 Josh Justice
Lizzo during her Detroit performance on May 15.

After a viral tweet about a Postmates order gone wrong, turns out Lizzo might be 100 percent that snitch.

Booty-positive twerk queen Lizzo, who by all accounts is having a hallmark year thanks to her blowout debut record Cuz I Love You, a serious run of sold-out shows, and gaining admirers in President Barack Obama and Beyoncé, turned her hot girl summer into plain ol' hot water by calling out a Postmates worker when she failed to receive a food order placed with the app-based delivery service.

In a now-deleted tweet, Lizzo wrote Monday night: “Hey @Postmates this girl Tiffany W. stole my food she lucky I don’t fight no more.” The accusation was accompanied by a screenshot from the app, revealing Tiffany's profile image.


Lizzo is extremely irresponsible tweeting that girl’s picture knowing how huge her platform is and how crazy and dangerous the Internet is. She could’ve excluded the screeshot in her complaint. Use your celebrity responsibly.

I feel like a class traitor for listening to lizzo rn


How Tiffany is walking around with Lizzo’s food
pic.twitter.com/AB8cE91Vuw

Lizzo seeing the postmates delivery driver info before coming to the timeline pic.twitter.com/nS9CZSIRE0

Uber Eats: “what exactly was stolen?”


It wasn't until Tuesday afternoon that Lizzo posted an apology, stating that she put Tiffany's safety at risk because of her legion of Lizzo stans, adding that she needs to be more responsible with her use of social media.

I apologize for putting that girl on blast. I understand I have a large following and that there were so many variables that could’ve put her in danger. Imma really be more responsible with my use of social media and check my petty and my pride at the door. 🥺


So, what actually happened? The world may never know. But a source revealed to Rolling Stone that Tiffany did in fact wait at the confirmed delivery location for five minutes but failed to reach Lizzo or the others who had been affiliated with the order.

This, of course, is not the first apology the “Good As Hell” singer has issued after being quick to pull her Twitter trigger. In April, Lizzo took aim at Pitchfork's contributing editor, Rawiya Kameir, who scored Cuz I Love You a 6.5.

"PEOPLE WHO 'REVIEW' ALBUMS AND DONT MAKE MUSIC THEMSELVES SHOULD BE UNEMPLOYED," Lizzo demanded in a now-deleted tweet, only to issue an apology hours later. Oh, she also invited all music journalists to experience her world. That tweet has also been deleted.

At the end of the day, maybe Lizzo should just log off and blame it on the dang juice.