Lenny Kravitz, the original thirst trap, is here to save the world with love... again 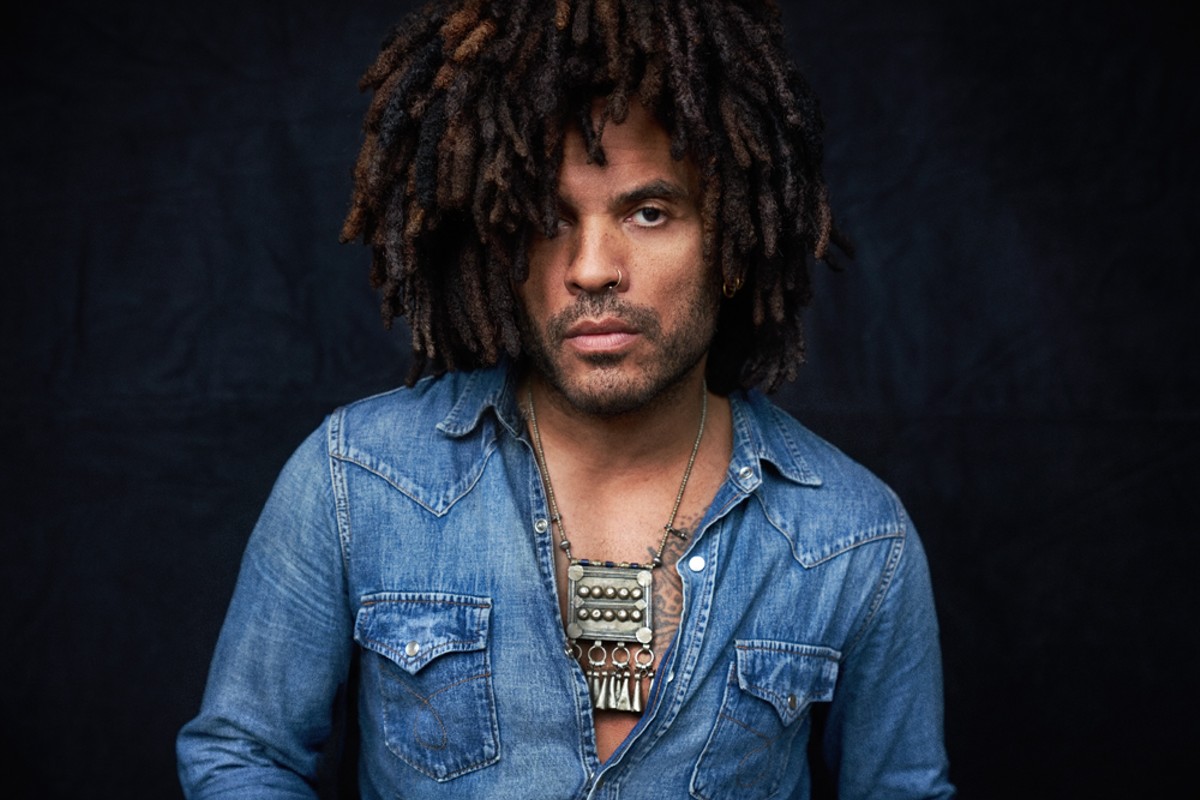 Lenny Kravitz. Courtesy of the artist

Lenny Kravitz just got done working out. Hold on to that image for just a moment.

The same Kravtiz who emerged on the MTV VMA red carpet last month sporting a revealing Canadian tuxedo (it exists) tatted, toned, sunglasses on, poised to take over a troubled world with his weapon of choice: love. Oh, and that fucking Guess Who cover/Austin Powers: The Spy Who Shagged Me earworm, "American Woman," which is basically guaranteed to be playing at some point during rush hour on a radio station near you and is still, somehow, kind of hot? Kravitz working out.

He's been hailed as the last rock star standing, a fashion icon, and the coolest dad. (When he and his equally cool actress daughter, Zoë, whom he shares with the incomparably cool Lisa Bonet, are seen together, there is a glitch in the cool matrix.) Since Kravitz emerged on the scene with his 1989 debut, Let Love Rule, a baby-making record for lovers of sensual rock tinged with soul, R&B, and, of course, Kravtiz's guttural growl-inflicted declarations of passion, the 55-year-old has continued his quest to unite the masses by demanding spiritual calls to action. This ethos bleeds onto Kravitz's 2018 record, Raise Vibration, which finds the "Fly Away" rocker addressing the woes of the world against sax solos, searing rock balladry, with hints of Prince, David Bowie's Tin Machine, and Al Green.

Ahead of his performance at Detroit's Fox Theatre, Kravitz talks to Metro Times, while eating a post-workout snack, about writing a record in his sleep, working with the Queen of Soul, and barely talks about the dick slip seen — and heard — around the world.

Metro Times: You have quite literally let love rule since your 1989 debut. You've written songs about women, to women, and some songs were created in an attempt to win the love of a woman back. Why has romantic love remained such an explicit driving force in your music?

Lenny Kravitz: I mean, love in general. You know, if you listen to this new record, Raise Vibration, which to me is like a bookend to Let Love Rule. It's dealing with spiritual love, it's dealing with romantic love, humanity, social love, unity. I think I grew up very fortunately in a large family that really believed and depended on love in so many ways, you know. From God to human beings. And I think it was something that really permeated my DNA as a child, and therefore the love has been the centerpiece of everything that I've done. I really believe in the power of love.

MT: On "It's Enough," which is sort of the centerpiece of Raise Vibration and is reminiscent of the message and power of Marvin Gaye's "What's Going On," you tackle a lot of issues that could be resolved with love. Do you think music has the ability to change the world?

Kravitz: I think it has the ability to influence, to put out a vibe, to encourage just like a conversation would or a book would or a piece of art would. But obviously action is what we need, but [music] can influence action, as well.

MT: The visuals for "It's Enough" have been deemed shocking.

Kravitz: People say, Oh, it's shocking. It's reality. There's nothing glamorized, there's nothing Hollywood-added. It's reality and it's a very, very sad reality. But this is where we are. And you know ... we're living in some, I mean, every time is interesting, obviously. Every time has its issues, its battles, its triumphs, its losses. But we're living in ... some, really interesting times. We're standing in front of a major crossroads. And as far as I'm concerned, it's life or death. It really is.

MT: What do you think our most urgent issue is?

Kravitz: Everything. I mean, how we're treating each other as people, as human beings, country to country, person to person, religion to religion, our environment. It's like, you know, we can sit here and be fighting about all of our issues and our bullshit. And while we do that, the planet might just take care of us. So we need to really wake up and ... you know ... in my song "Who Really Are the Monsters?" that's the question, you know — who are the monsters? It's me. It's you. It's everybody. It's the government. It's the corporations. Who has the power and ... who is going to do something to try to go in the right direction? They're all questions because you and I can want to do what we want to do and in our small lives, we can represent what it is that we believe in. But then you've got the bigger folks on top who are really running things who make it extremely difficult or virtually impossible to achieve certain things because they won't move.

Kravitz: Absolutely. And you see it in the youth, you see it reflected in the eyes and the attitude and the voices of the youth. I think it's really beautiful that so many of the youth are standing up right now.

MT: Speaking of waking up, I learned that a lot of the material on Raise Vibration came from your literal dreams, which is probably a pretty unique process in terms of translation. Given that this is your 11th record, has that happened to you before? Was it super clear that the music was in the dreams?

MT: Was it jarring? I would imagine it would be disruptive to your sleep.

Kravitz: It was, but it was beautiful, you know. Forget the sleep — that was a real gift and I really appreciated it, and the process was beautiful. And you know, as I've always said, the success is in the process.

MT: You were fortunate to be able to work with Aretha Franklin. What did you take away from those experiences?

Kravitz: I mean, she'll be with me my entire life and the fact that I got to work with her [and] become friendly with her was beautiful. Just having my phone ring and having it be Ms. Franklin on the phone to talk to me, to invite me to come — I never got to come to Detroit to eat her cooking. I never had the opportunity. But just the fact that someone who gave me so much, educated me so much ... that I got to know somewhat — [that] was a real gift. She was wonderful and very funny. She told a lot of funny jokes. A lot of things that you wouldn't think would come out of her mouth and she'd be cracking up. I love that.

MT: Something some people may not know about you is that you have an insane collection of music and culture memorabilia, including Muhammad Ali's blood-stained boots from his last fight and Jimi Hendrix's setlist from Woodstock. Do you have a most prized possession?

Kravitz: I actually have a couple of [Aretha's] gold records. I don't know how they got away from her back in the day and got on that market. But I have "Chain of Fools" and I think I have "Respect." But my most prized ... I think maybe it would be the lyrics to "Sgt. Pepper's" when Paul [McCartney] was writing it.

MT: I know we just have a few minutes left, so I have to ask. As a woman, if our nude photos were to leak online for the world to see, our life could be ruined. But here you had this infamous wardrobe malfunction in front of an entire audience and it lives online forever. Did it change your life or affect your life at all?

Kravitz: No. It was an accident. It was a moment. And that was that.

MT: I had to mention it because I think about it all the time.