Kid Rock finally admits he was never running for Senate 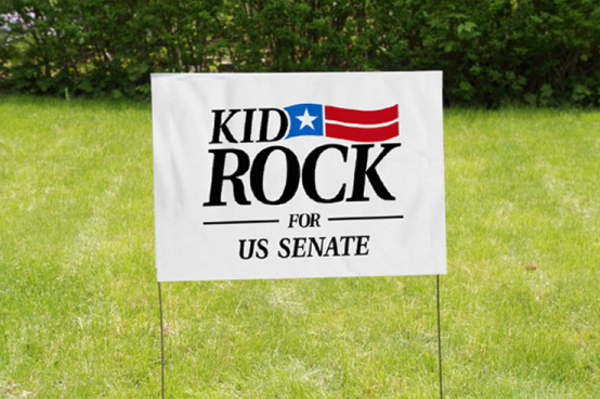 kidrock.warnerbrosrecords.com
"Kid Rock for U.S. Senate" yard signs.
This morning, Kid Rock confirmed once and for all that he is not, in fact, running for U.S. Senate. (We imagine somewhere in Washington D.C., Debbie Stabenow is breathing a sigh of relief.)

Rock made the big reveal on Howard Stern's SiriusXM show, telling Stern that it was all a joke all along. "Fuck no, I’m not running for Senate. Are you kidding me?" he told Stern, the Free Press reports. "Who couldn’t figure that out? I’m releasing a new album. I’m going on tour too. Are you fucking shitting me?"

For months, Rock teased the idea that he would run for Michigan's Senate seat. The website kidrockforsenate.com surfaced in July, selling T-shirts and yard signs. In the months that followed, the rap-rocker maintained it was real — all the while attacking the "fake news" media and keeping his poker face even after watchdog groups said he could be fined for violating campaign finance law.

In Kid Rock's mind, it was all a bit of performance art. "It’s the worst advice I ever gave myself, but it's been the most creative thing I’ve ever done," he told Stern. "And I’ve gotten to see everyone’s true colors."

Indeed. But who was the joke on, in the end?

In an attempt to figure out if the Senate run was real — and if people would really vote for him — we sent writer Jerilyn Jordan to his six inaugural shows at the then-new Little Caesars Arena last month for a Metro Times cover story. On opening night, a violent Charlottesville-esque clash between Black Lives Matter protesters and pro-Kid Rock motorcycle groups was arguably narrowly avoided, with the protesters dispersing mere minutes before the bikers arrived. 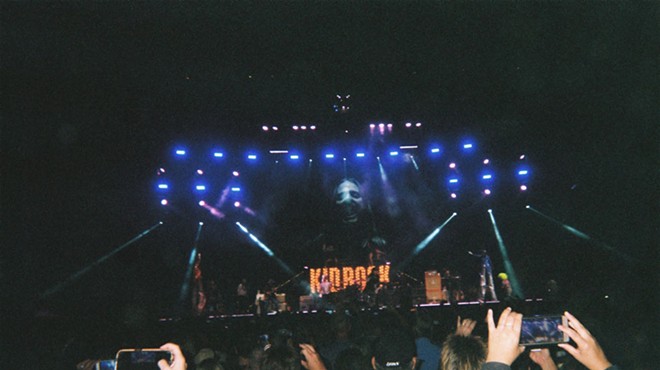 To understand Kid Rock’s politics, we attempted to go to all six of his shows at Little Caesars Arena

Each night, part of Kid Rock's set involved a mock "stump speech" that included digs at transgender people and national anthem kneeling protesters. And based on the speech, plenty of people Jordan spoke to at the shows said they would definitely vote for Kid Rock. One woman told her, "We hope he runs for Senate ... I think people are fed up and taking matters into their own hands."