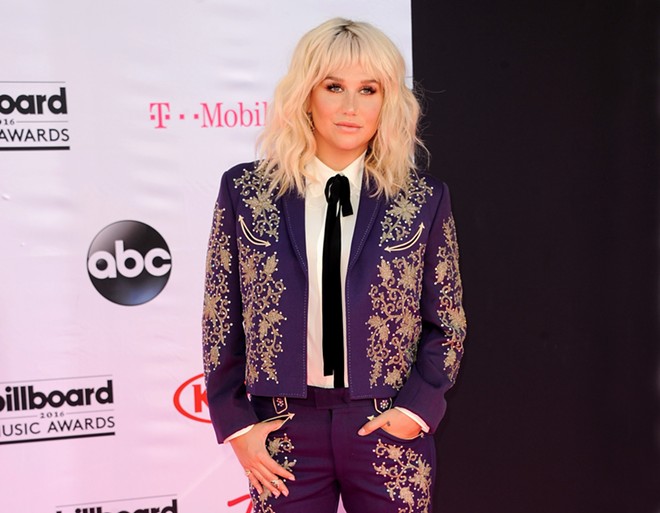 Shutterstock
Just in time for the release of her highly-anticipated LP Rainbow on August 11, Kesha announced a 21-date North American tour, her first solo tour since 2013.

The Rainbow Tour will make a stop at the Fillmore on Sunday, October 15. Tickets for the show go on sale Saturday, August 5 at 10 a.m.

Not only is this Kesha's first solo tour in a few years, it also comes with her first solo album since 2012's Warrior. Earlier in the summer, Kesha released lead single "Praying," a heart-wrenching power anthem, followed by the boot-stomping "Woman" that features the acclaimed Dap-Kings.