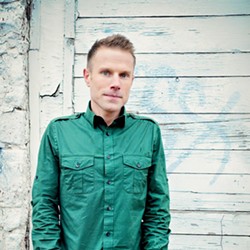 Hudson has been a staple at 89X for the past 10 years; most likely you heard him during your drive home from work. He hosted "Afternoon Drive," which is on-air 2-7 p.m., Monday through Friday.

On Hudson's Facebook page, there has already been a ton of comments regarding his departure. All of them share the same sentiment about how much they will miss Hudson, 89X won't be the same without him, and wishing him the best of luck in new ventures.