Jack White will get an honorary degree from WSU next month 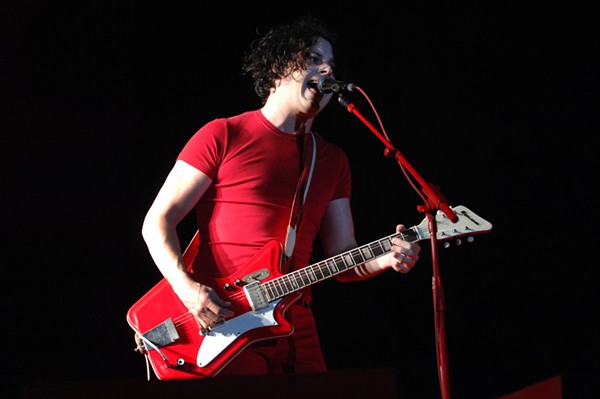 It seems like Jack White has had a love-hate relationship with school. He waxed nostalgic about idyllic elementary school days on "We Are Going to Be Friends" from the White Stripes' White Blood Cells. But Elephant's "Black Math" offered a different perspective: "Listen master can you answer a question? Is it the fingers, or the brain that you're teaching the lesson?"

Perhaps it's no surprise, then, that White wound up dropping out of Wayne State University. Of course, it was all for the better: White attained critical and commercial success with his band the White Stripes, and beyond that as a solo artist.

And anyway, in the end White will still get his degree.

WSU announced it Thursday that the rock star will be granted an honorary degree from the university with this year's class. White will receive an honorary doctor of humane letters for "his dedication to Detroit and significant contributions to the arts as one of the most prolific and renowned artists of the past two decades," according to the university.

WSU's commencement ceremony is at 9 a.m. on May 3 at the Fox Theatre — a venue White performed at for the first time in 2014 while touring his solo record Lazaretto.