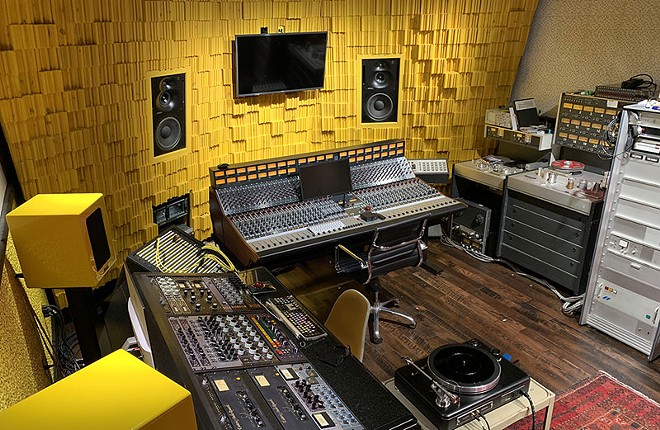 Courtesy of Third Man Records
Now, any band can get their record mastered like a rock star.

Jack White's Third Man Records announced the opening of a new mastering studio on Tuesday. Third Man Mastering offers analog and digital mastering for any format, including vinyl, CD, digital streaming, and cassette tapes. It's located right next door to Third Man's pressing plant, so customers can get their vinyl both mastered and pressed on-site, though Third Man says they will also work with other printing plants.

To helm the endeavor, White has tapped engineers Bill Skibbe and Warren Defever, who together have "combined experience of more than a thousand albums over the past quarter century," according to Third Man.

Skibbe recorded and mixed White's 2018 solo record Boarding House Reach, and has worked with White's other bands the Dead Weather and the Raconteurs, as well as acts like the Kills, Franz Ferdinand, Breeders, Jon Spencer, Boss Hog, the Fiery Furnaces, Shellac, and Protomartyr, among others. Meanwhile, Defever, better known for his work as His Name is Alive on the label 4AD, has done producing, engineering, and remixing work for artists like Jonathan Richman, Elizabeth Mitchell, The Gories, Low, Ida, The Go, and Sun Ra, and more.