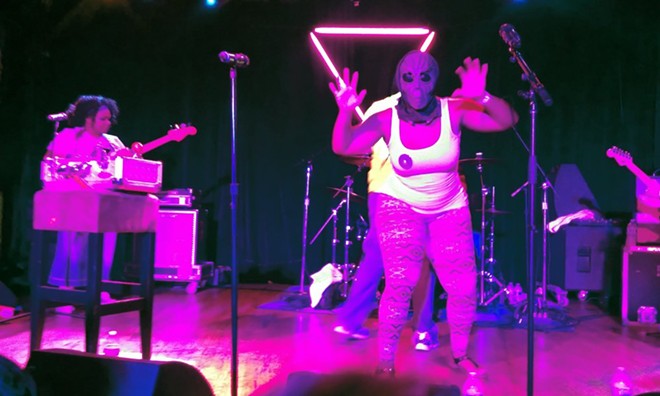 ESG will fill the streets of Hamtramck with Emerald, Sapphire, and Gold when they play the neighborhood’s Labor Day Festival. The women-led band will be bringing its brand of dancey, funky, punky rock to the summer fest.

If you haven’t caught on yet, ESG is short for Emerald, Sapphire, and Gold. The group was started in the South Bronx by three sisters in the late 1970s, and their jam “UFO” remains one of the most sampled songs of all time — countless hip-hop and R&B acts like Biggie, Public Enemy, TLC, and even ya boy J Dilla all sampled various parts of the track. In 1993, ESG even cheekily released a single called “Sample Credits Don’t Pay Our Bills.”

Come Labor Day, we’ll get to give this influential group its due. The band announced the Hamtramck appearance on its Facebook page, with a simple flier that says “ESG Live, The Hamtramck Labor Day Fest, Monday, September 5, 2022.”

Festival organizers have yet to announce other live acts performing, but other festivities typically include a yacht race down Joseph Campau, carnival rides, food, and other debauchery — although not too much debauchery, because this is a family-friendly event.

After living in Japan and traveling across Asia, Randiah Camille Green realized Detroit will always be home. And when she says Detroit, she's talking about the hood, not the suburbs. She has bylines in Planet Detroit News , Bridge Detroit , BLAC magazine, and Model D . Her favorite pastimes are meditating...
More
Scroll to read more Concert Announcements articles
Join the Metro Times Press Club