I Love the '90s tour heads to DTE in August 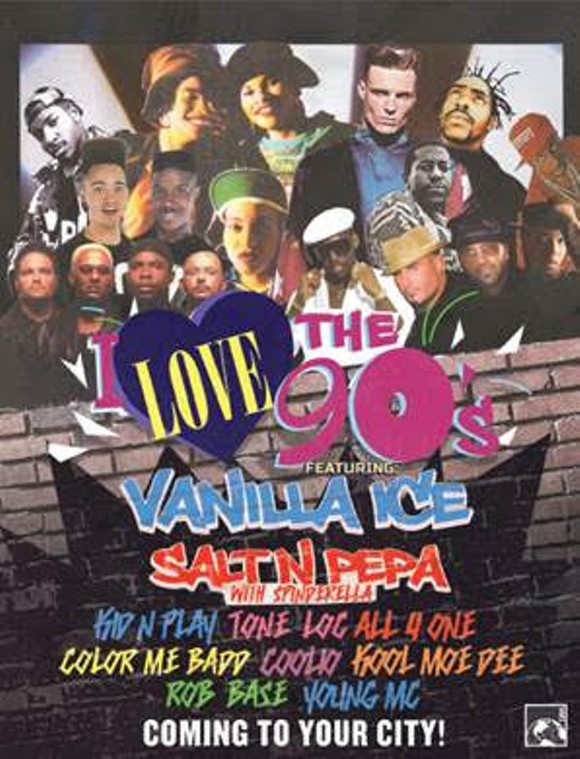 Promoters promise “an arena-sized dance party” as each show includes upwards of eight performers. Early reviews have praised the tour as a “once- in-a-lifetime experience” and a “trip down memory lane with rap, hip-hop, smoke, lights and nostalgia.”
“We are so thrilled to be able to bring together some of the most iconic artists of one of the most pivotal decades for music,” says Universal Attractions Agency’s co-owner Jeff Allenin in a press release. “After the incredible fan response to the first few shows, we knew the Tour had to go national."

The tour hits the DTE Energy Music Theatre in Clarkston at 7:30 p.m. on August 19. Salt-N-Pepa, Spinderella, Vanilla Ice, Tone Loc, Coolio, and Rob Base are confirmed to appear at the DTE stop.