How Big Thief stole from soundscapes for two singular, stunning records in one year 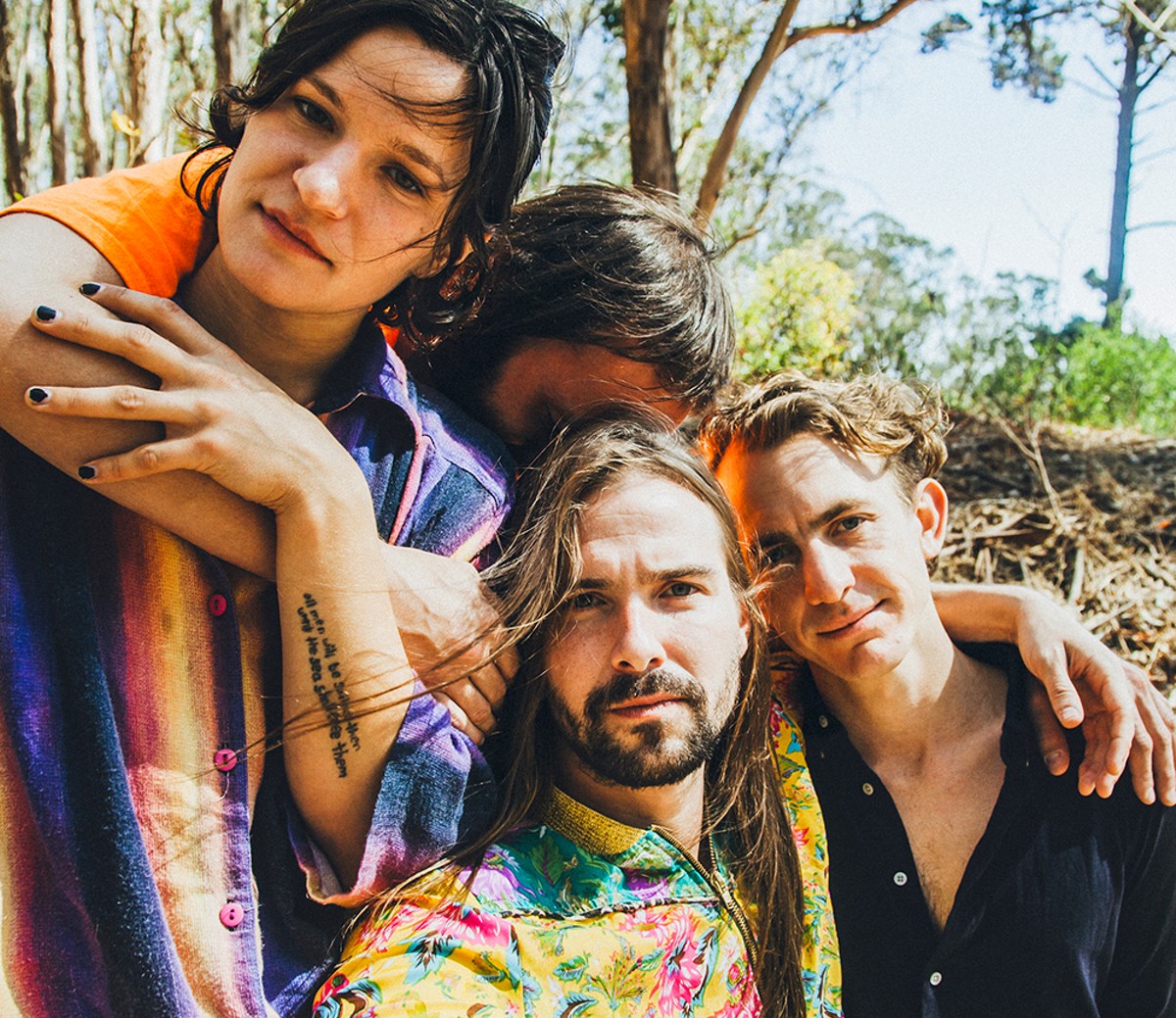 “In Texas, only the strongest things survive, only the things that are the most resilient can live. That kind of environment really helped us boil away anything unnecessary with this record.” Dustin Condren

Big Thief lead guitarist Buck Meek has always had an intimate relationship with place. Not so much in a "home is where the heart is" sense, but in terms of the power a place has to shape sound. Growing up in Wimberley, Texas, Meek fell under the wings of blues guitarists and jazz savants like his high school guitar teacher, Django Porter, a Manouche jazz pompe rhythm player. He played music that was meant for parties, weddings, funerals — music that brought people together and nurtured them with melodies and rhythms born in the Texas hill country and played for hundreds of years. Since then, Meek has understood the sacred relationship between space and sound, one that was expertly harnessed in the creative process for Big Thief's last two albums, released within five months of each other.

The albums, UFOF and Two Hands, were recorded in vastly different landscapes. UFOF was recorded in a secluded cabin studio in the forest of Washington state, where life builds upon itself in a seemingly never-ending succession. Washington's lush landscape matches the sound of the UFOF's ethereal and abundant soundscape, predominantly built around subtle layers of lead singer Adrianne Lenker's vocals and the pair's cascading guitars.

Conversely, Two Hands was recorded at the Sonic Ranch in Tornillo, Texas — a residential studio in the middle of the desert, where most plants don't grow larger than your pinky. "That [difference] was an intentional choice on our part," says Meek. "We set that intention going into it, but you can only imagine how much that's going to affect the actual recording. I think once we were actually in those environments, it really deepened the music."

Where UFOF mirrors the luscious rainforests of the Pacific Northwest, Two Hands possesses a striking starkness that feels like staring out at miles of bone-dry desert. "In Texas, only the strongest things survive, only the things that are the most resilient can live," says Meek. "That kind of environment really helped us boil away anything unnecessary with this record." The result is a staggeringly honest album, with most of the final recordings done in one take.

Meek says the key to capturing the perfect take was getting the band as close together as physically possible in the studio. "We spent a lot of time just finding the right room in the studio, and we wanted to record with no headphones, all in the room together," explains Meek. "You can access the heart of a musical experience a lot quicker and a lot easier if you're in the same room with each other. As soon as you start separating each other, it takes a lot more work it seems."

Ironically, the song that Meek feels the closest to on Two Hands wasn't even recorded in the legendary studio, but demoed in a small cabin in Topanga, California, when Lenker was showing her over 40 songs to the band to ideate an album. The song "Replaced" was co-written by Meek and Lenker, who have been collaborators for years. "It just feels very genuine, and I love that recording," says Meek. "I think it's about acceptance; accepting change, the process of letting go."

Meek explains that most of Two Hands tackles the subject of change in one form or another. "The title track is about the same thing —literally, the duality of having two hands which can hold, but also they must let go," says Meek. "It's this dichotomy that we're born with, but we face every day on so many levels; having to let go of everything essentially in the long run, but also that instinct to hold, to nurture, to care. I think a lot of the songs have their own perspective into that."