‘Hour Detroit’ editor Steve Wilke, dead at 61, was a proud booster of the Motor City 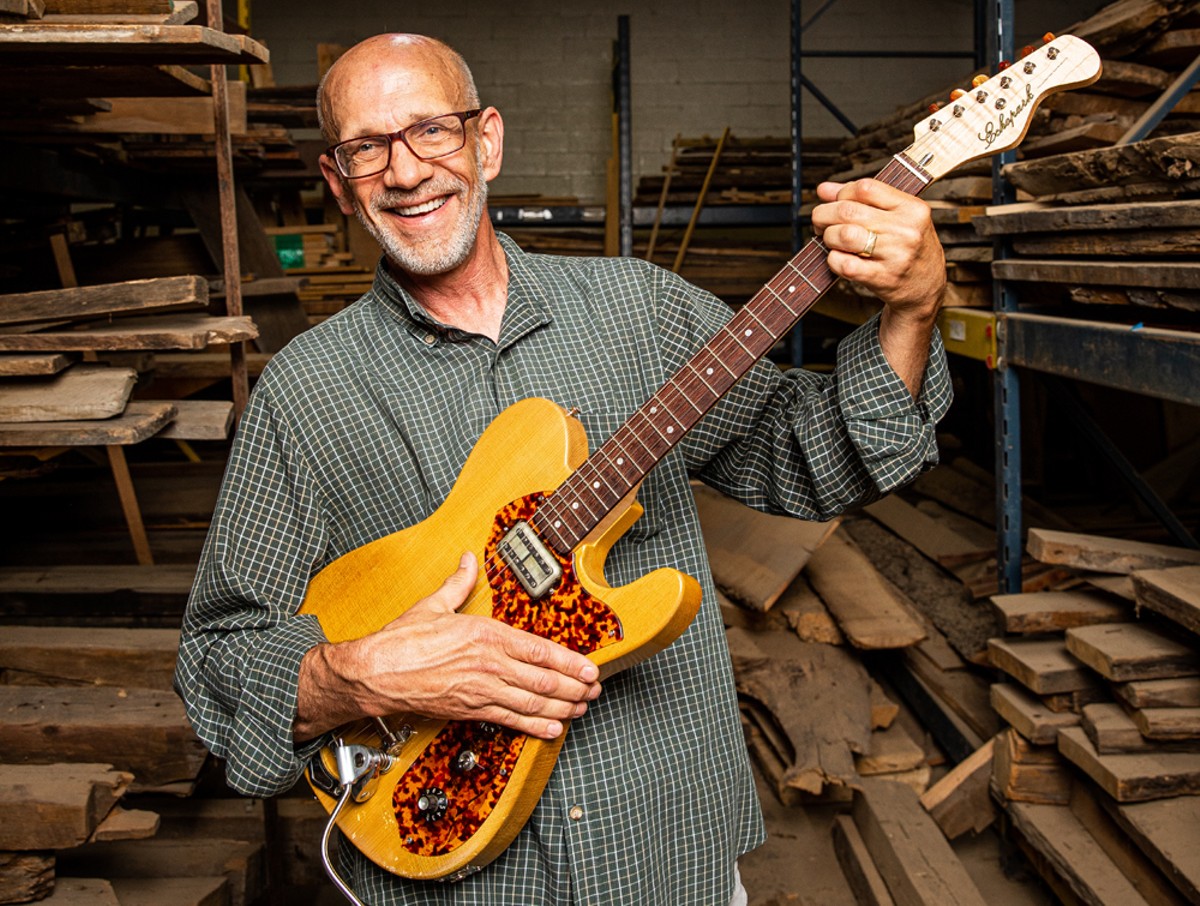 How many times has your boss ever invited you to go out for a beer after work? And if it happened, would you really want to go?

Whenever Steve Wilke asked, I leaped at the invitation. I knew a funny, fascinating, wide-ranging conversation was guaranteed. And he would probably expense the brews.

Though he hated being called anybody's "boss," and might chastise me for writing this in the first person, he might understand this one time. Because my friend Steve, the chain-smoking, bass-playing, book-loving, food-savoring, Detroit-boosting, coffee-guzzling, superb writing mensch and former editor of Hour Detroit magazine, died in his home of a massive heart attack Sept. 3 at the unfair age of 61. And like hundreds of others whose lives he touched, I need to write about my feelings.

You see, as befitting Detroit's incestuous little publishing community, Steve wrote for me long before I ever worked for him at Hour Detroit. In the '90s I was hired as an editorial supervisor for the Campbell-Ewald ad agency. My team included Steve, who had been on staff at least a decade at the time.

His knowledge of the agency and its clients was encyclopedic. He surely could have resented having to report to some Jimmy-come-lately struggling to learn his job. Instead, Steve was helpful, relentlessly upbeat and a pleasure to work alongside. At one point he gushed that I had written about his local band, Cuppa Joe, in the '80s when I worked for The Detroit News.

I told him that I remembered.

Steve eventually migrated to Hour Media, where as editorial director of its custom publishing division he became well-versed in magazines ranging from golf to brides and grooms.

"Steve was definitely one of the most versatile editors I've ever met," says Ed Peabody, his custom publishing boss, fighting to control the grief as he spoke. "You could throw pretty much anything at him and he would tap dance and figure it out. In fact, he used to joke when he handled our wedding publication, Metro Detroit Bride, that he was living every young man's dream: being the editor of a bridal magazine."

Peabody and Steve worked together 17 years before they realized they were related. (Remember what I said about the publishing community?) "Steve always talked about his 100-year-old grandmother in Fraser," Peabody recalls. "When she passed away at 101, I asked him for details, figuring we would send flowers. He told me her name and my reaction was, 'Holy shit, we're related!' Turns out his grandfather and my grandmother were brother and sister, and we never knew."

In 2013 he became the reluctant editor of Hour Detroit — a bit too chichi and high profile for a Fraser High kid, he thought then — where I had outlasted four editors as a freelance writer. I panicked when I heard of Steve's appointment. Had I done anything to piss him off as his supervisor? Could payback affect my paycheck? If anything, Steve was even more supportive and positive. He understood the most experienced writers can have fragile egos, and he took care to explain every decision made with my work. I have had countless editors in my life, but I can't think of a better one.

Clearly he used the power of Hour, at the helm of one of America’s greatest city magazines, for good.

I'm not alone. As tributes poured into social media last week, I was stunned by the number of writers Steve mentored over the years. "Thanks for taking a chance on me." "Steve gave me my first writing assignment." "I would not be a writer today if not for Steve." Clearly he used the power of Hour, at the helm of one of America's greatest city magazines, for good.

"Steve was one of the nicest guys in the business, and one of the nicest guys, period," says Mark Kurlyandchik, former Hour Detroit senior editor and current restaurant critic for the Detroit Free Press. "He was a total nerd in the best way possible: insatiably curious and quick to laugh."

Steve also used his influence at Hour Detroit to showcase the most positive parts of his beloved city, old and new. He and his wife, Sharon, bought their home in Detroit's Grandmont Rosedale neighborhood in 1992, long before it was fashionable to move back to the city. They raised their children, Jackie and Sean, in that home. They had no intentions to leave.

Even his most odious vice, that smoking habit, was a benefit to others. "Steve was one of my smoking buddies at Campbell-Ewald," recalls Nevenka Todorovic Tomic, a former C-E staffer. "I loved spending time with him. He was so well-rounded. We talked and argued politics, current events, music, art. He always made me laugh, even when we disagreed. Long after I left C-E, I would recall one of our conversations and just laugh out loud."

Steve retired from Hour in July of last year. "I envision spending more time with my family and doing some freelancing," he wrote in his last "Editor's Letter" column. The operative word was "envision"; anybody with an internal motor as high as Steve's wasn't likely to seek a porch swing.

He picked up his bass guitar after a near 20-year hiatus and joined a just-for-fun band ominously named One Foot in the Groove. He joined the board of a Northwest Detroit community arts organization founded by Echopark Guitars owner Gabriel Currie. And, inspired by his introduction to golf from Peabody, Steve hired on with the Golf Association of Michigan (GAM) Foundation to support their Youth on Course program for young golfers.

"When Steve retired from Hour and came to help with our fundraising, we were immediately in sync," says GAM director Susan Smiley. "He was tremendously creative, extremely hardworking, and always so upbeat. He will be missed very much by everyone at the GAM."

Funeral arrangements were incomplete as of this writing, but a celebration of Steve's life is set for 11 a.m.-2 p.m. Saturday, Sept. 28, at the North Rosedale Park Community House, 18445 Scarsdale in Detroit. It's open to the public. Until then, eat amazing food, drink interesting beer, and promote Detroit. Steve would want it no other way.

Jim McFarlin, former media and entertainment critic for the Metro Times and The Detroit News, is an award-winning journalist whose work has appeared in People, USA Today, Black Enterprise, HOUR Detroit, and many other publications. His latest book, The Booster, about the decline and fall of U-M’s Fab Five, is...
Scroll to read more Music News articles