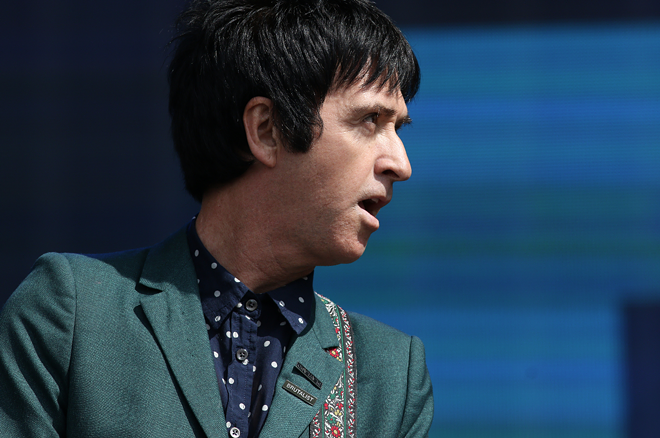 While the contentious frontman and notorious no-show Morrissey is undoubtedly synonymous with the sad-boy stylings of the Smiths, the band’s founder, guitarist, and co-writer Johnny Marr is committed to making sure the Smiths’ influential legacy transcends Morrissey’s bullshit. Having co-penned the majority of the band’s catalog, this charming man is riding the tail of last year’s Call the Comet, which marks Marr’s third solo record since the Smiths disbanded in 1987. The record finds the 55-year-old musician, whose guitar style led music critics to assign the term “jingle jangle” to describe his sound (something he has voiced resentment toward), furthering his deceptively advanced and melodic guitar legacy.