Green Day, Weezer, and Fall Out Boy will bring 'Hella Mega Tour' to Detroit after all 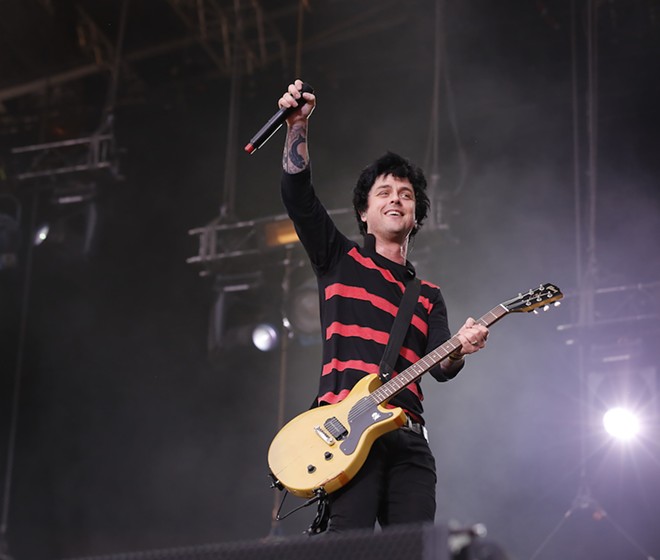 This past year felt a bit like walking barefoot down a neverending boulevard of broken dreams. Needless to say, we, uh, may have come undone. But now the time has come to dance (dance) our pop-punk and rock-loving asses to the brink of exhaustion thanks to a triple-headlining tour nobody asked for but will no doubt attract millennials who will shell out their precious millennial dollars to attend. In other words, take our money, dammit!

The latest tour to get the ol' pandemic go-ahead is one lead by none other than Green Day, Weezer, and Fall Out Boy. Announced Monday, the groups are revisiting what was supposed to be one of the hottest tickets of last summer and relaunching the original itinerary (and some added dates) first announced a lifetime ago (2019) for the group's 21-date stadium tour, which includes a stop at Comerica Park in Detroit on Tuesday, Aug. 10, 2021.

Dubbed the “Hella Mega Tour,” the massive arena tour harks to the Monsters of Rock tours of the 1980s, this time packing in mall rock heavy-hitters, all of whom huddle under the same resilient pop-punk umbrella. Both Green Day and Weezer found success with their 1994 releases, Dookie and the Blue Album respectively, whereas their poppier disciple Fall Out Boy emerged a decade later thanks to the group's breakout sophomore record, 2005's hit-packed From Under the Cork Tree.

Meanwhile, Fall Out Boy will perform on the season finale of American Idol on Sunday, May 23, and Weezer is peddling the group's 15th studio record, a tribute to hair band heroes, Van Weezer, which dropped earlier this month.