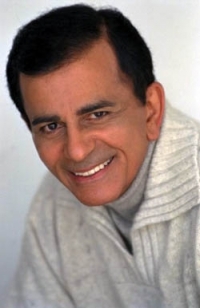 Without any advance warning, this weekend radio legend Casey Kasem went off the air. After four decades on U.S. radio, he disappeared from the airwaves, ending his last countdown show for good, apparently.

For those who came of age between 1970 and 1988, Kasem’s warm, welcoming voice seemed to be everywhere over the weekend, whether hosting his popular American Top 40 show or voicing cartoon characters like Robin on Super Friends, Mark on Battle of the Planets and, most notably, proto-stoner Shaggy from Scooby-Doo. (Say it: “Zoinks!”) Also, before the 1980s really set in, it was a more liberal, relaxed time in America, and Kasem’s countdowns could seem like a clearinghouse for countercultural currents. For instance, we best remember Kasem’s AT40 from the spring of 1980, when “Another Brick in the Wall” hovered at No. 1 for four weeks. (Even in the waning days of the Carter administration, pop music was antagonistic to authority.)

Kasem, now 77, is probably due for retirement, but we’re a little cheesed at how quietly he’s gone off into the radio night, a relic of the past. Among the Internet set, he’ll perhaps be best remembered for those infamous outtake recordings him blowing his stack in the studio, such as the infamous “Snuggles” rant (179,984 views and counting).

But Kasem was more than a honey-voiced microphone jockey with a perfectionist streak. For us here in Michigan, he’s something of a local luminary. He’s a native Detroiter, a graduate of Northwestern High School and Wayne State University. He’s a proud Lebanese-American who’s an honorary member of the Arab American National Museum in Dearborn. If that isn’t cool enough, he’s sort of a leftie, having been a supporter of liberal candidates, including Ralph Nader, as well as an ardent vegan. (I guess those Scooby Snacks are meat-free!)

So, not to belabor the point, but, thanks, Casey. Thanks for all those great radio shows and those terrific weekend memories. We’ll do our best to keep those feet on the ground while we reach for those stars.