From chart-topping preteens to independent crooning dads, how Hanson hacked the boyband equation 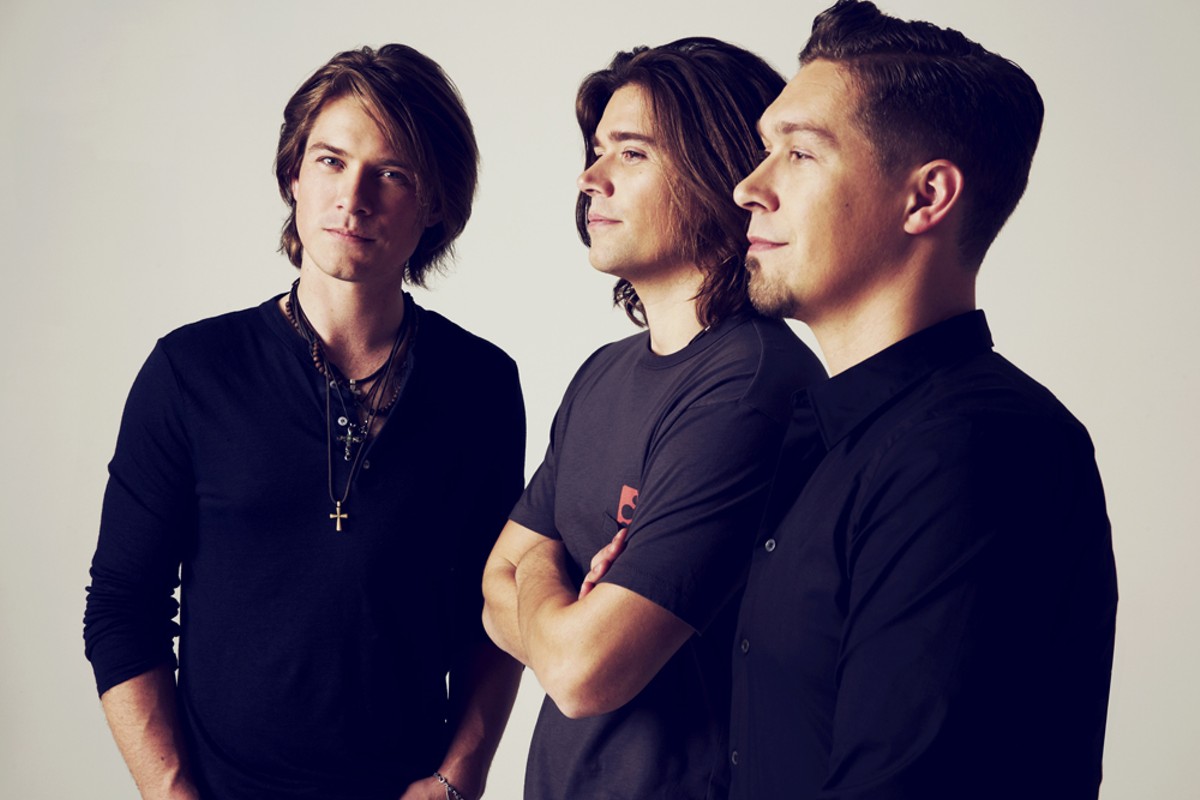 Flesh, blood, and MMMbop: the men of Hanson. Courtesy of the artist

In 1997, Princess Diana of Wales, Mother Teresa of Calcutta, and Gianni Versace all died, as did 39 members of the Heaven's Gate cult, and the biggest movie of that year — and one of the most successful of all time — was a fictional love story set aboard a massive non-fictional ocean liner that struck an iceberg, sank, and killed 1,500.

Emerging from the darkness, though, like a bedroom ceiling filled with stick-on, glow-in-the-dark stars, was Hanson — a band of blond, shaggy-haired brothers from Tulsa, Oklahoma, and its hit song "MMMbop," which, at first glance, is literal gibberish. In fact, according to the band's youngest member, Zac, it's actually about just how pointless some things are and how fragile we all are.

"What that song talks about is, you've got to hold on to the things that really matter," Zac Hanson told SongFacts.com. "MMMbop represents a frame of time or the futility of life. Things are going to be gone, whether it's your age and your youth, or maybe the money you have, and all that's going to be left are the people you've nurtured and have really built to be your backbone and your support system."

The band was discovered during an impromptu performance during a SXSW softball game, during a time the brothers were busking in the streets —  Zac was 11 years old, while brother Taylor was 13, and the group's eldest, Isaac, was 16. At the peak of the band's success, following the release of its breakthrough record, Middle of Nowhere, the band found themselves singing the national anthem during the World Series, performing on The Tonight Show, scoring Best New Act and Best Song at the European MTV Music Awards, landing three Grammy Award nominations, and adopting David Spade as the unofficial fourth brother during the 1998 MTV Movie Awards. While Titanic's Jack and Rose reigned as king and queen of the world, Hanson stood atop it, somehow escaping the fate assigned to other pop artists of the era: spiked hair with frosted tips, matching aluminum foil-looking suits, label pressures, gratuitous use of autotune, tabloid drama, and rehab.

"We've always felt a little bit like the underdog, even at the height of [our] notoriety and popularity in the late '90s," Isaac tells Metro Times. "I think we've continually felt, in some form or another, not particularly well-understood. And because of that, we have a certain stubbornness and kind of independent entrepreneurial spirit to us. I think if it starts to get too comfortable or too easy, I think all of us might start getting nervous because it's always been an uphill battle for us."

The battle, though, was made much easier in part to what Isaac describes as Hanson's "entrepreneurial spirit." In 2000, just before the release of the band's third record, This Time Around, Hanson's label, Mercury Records, had merged with Island Def Jam. The record and subsequent tour suffered as a result of the merger, and in 2003, Hanson decided to leave the label and start their own, 3CG Records.

"I'm extremely clear of mind that that was the right decision," Isaac says. "There's no question that what we did was not only artistically sound, but it was a really good long-term business decision because otherwise I don't think we'd still be a band.

"Let me put it this way: If the label that signed us in 1996 would've still been a label in 2000, we'd be having a very different conversation."

Since forming 3CG, Hanson has released six records, including 2018's String Theory, which reimagines fan favorites backed by the Prague Symphony Orchestra, as well as Finally Christmas, the brothers' second holiday record in a nine-record catalog. The band's current outing, dubbed the Wintry Mix tour, includes a little bit of everything, including some Christmas tracks because, as Isaac says, "It's the time of the year where the entire world is — whether you're of the spiritual or religious persuasion or not — everybody's dressing up, and everybody's getting their house ready for a party."

Though Hanson is far from the boyband of yesteryear — they're all married, live in their hometown, and have a whopping 13 kids between them (Isaac and his wife have three) — they've managed to stay true to the dream they set out to achieve when they were children: to not betray the core essence of the music. The same can be said for Hanson's fan base, which is an inevitable mix of late 20- and early 30-somethings who grew up on the music and those who've discovered the band through what Isaac calls the "YouTube vortex." Newer fans even make the pilgrimage to Tulsa for Hanson Day, an annual celebration during which the brothers perform a series of shows and host events for fans. Despite being very much in the present — Hanson is looking at a robust 2020 with a new record and yet another tour — Isaac can't help but be swooned by nostalgia.

So does he have any advice for his shaggy-haired, preteen self? "I would tell my 11-year-old self, 'You're going to have to work very, very hard for the thing you want the most in life,'" he says. "So work very hard, be bold, and trust your gut."