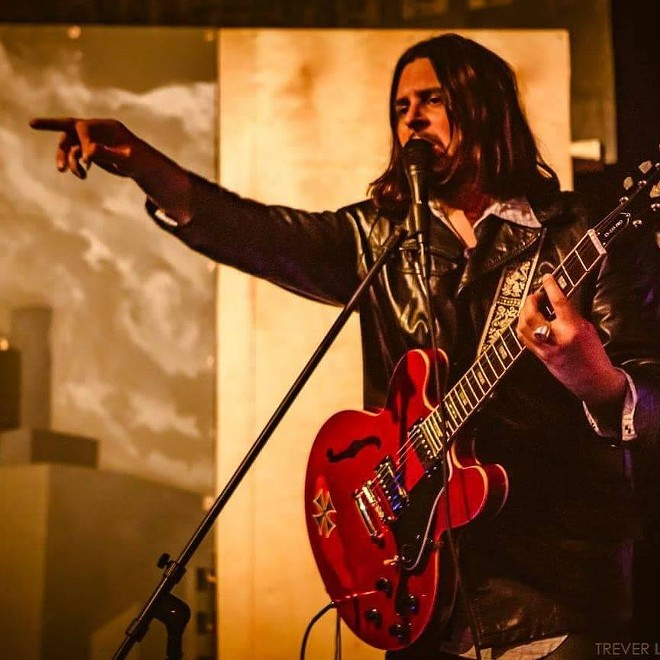 Courtesy of artist
Beach Boys co-founder (and the band’s only actual surfer) Dennis Wilson made a lot of friends during his life, which was cut short by an accident in which he drowned at the age of 39. Suffice it to say, Detroit five-piece Friends of Dennis Wilson sound nothing like Wilson or his all-American beach-loving brothers. As evidenced by the group’s droning, rolling, sadistic acid trip that is 2018’s Space Maintainer, FoDW might be drawing more from Dennis’ brief and tumultuous friendship with cult leader Charles Manson, along with mild hints of psychedelia a la fellow cult-like figure and bandleader Anton Newcombe of the Brian Jonestown Massacre. FoDW have teamed up with Obelisk and Dizzy Hotel for the band’s vinyl release show.