The iconic rock band once again did not make the cut 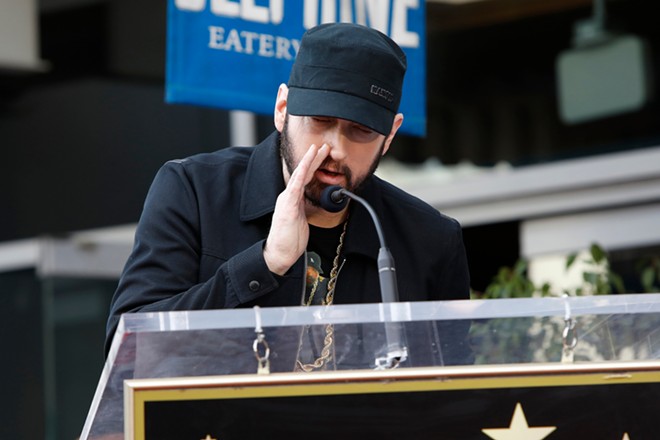 Will the real Slim Shady please stand up and accept your induction into the Rock and Roll Hall of Fame?

"This diverse group of inductees each had a profound impact on the sound of youth culture and helped change the course of rock 'n' roll," said John Sykes, Chairman of the Rock & Roll Hall of Fame, in a press release. "Their music moved generations and influenced so many artists that followed."

The induction ceremony is scheduled for Saturday, Nov. 5 at the Microsoft Theater in Los Angeles. To be eligible for induction, an artist had to have released their first records 25 years ago. Eminem dropped his debut record Infinite in 1996.

OK, Eminem's music isn't exactly rock 'n' roll, at least in the narrowest sense of the term, but he certainly embodies its devil-may-care attitude. But another Michigan act that absolutely embodies rock 'n' has been snubbed from the Rock Hall this year.

Classic rock act MC5 once again did not make the cut. It was the groundbreaking group's sixth time getting nominated. The group's debut Kick Out the Jams, recorded at Detroit's former Grande Ballroom, came out more than a half-century ago, in 1969.

Metro Times did not snub MC5 this week, however. Guitarist Wayne Kramer, who has revived the band (at least by name) for his latest tour, is the subject of our latest cover story. 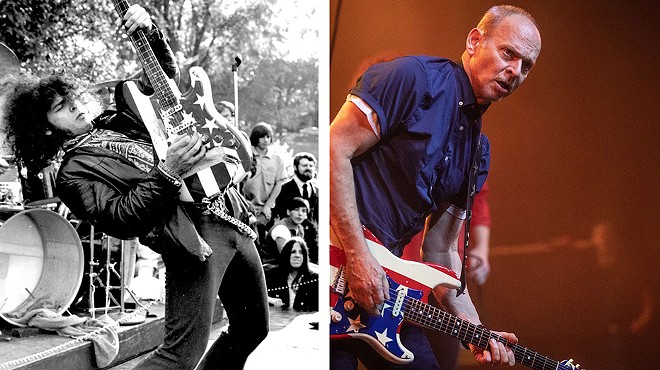 Why Wayne Kramer is bringing back the MC5 — or at least the band’s name, anyway: It’s time to kick out the jams, motherfucker (again)