11 questions for Elzhi: our exclusive online interview with the Detroit hip-hop legend 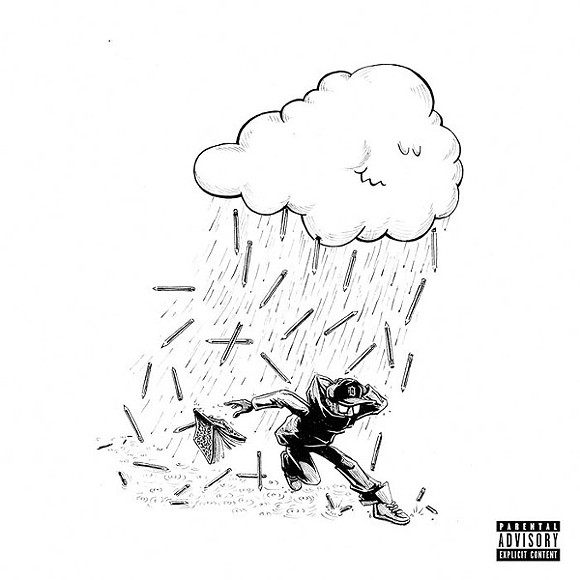 1. This is your first album in five years. Elmatic achieved such praise; did you ever feel like any pressure for the follow up?
I didn’t feel any pressure. Honestly, with me, I try to outdo the last thing I put out. So I’m always competing with myself. I’m always evolving too, so I knew the next project wasn’t going to be anything like Elmatic. It was just a certain style I wanted to create for the record, and a certain kind of vibe I wanted to make sure I had. That’s pretty much where the focus lied.

2. You’ve had production work from Bombay, Joself, Agor, 14KT, Nick Speed, Quelle Chris, Karriem Riggins, Soledad Brother, and Oh NO on Lead Poison. How did you go about selecting which producers you wanted to work with for this project?
I wanted to give some new dudes a shot, people who I felt had talent. Some of them are dudes from the home team that I’ve known for years: 14KT, Karriem Riggins, Quelle, and Bombay. It was a mixture, just making sure I got as much of the home team as possible while giving a look to the up and coming dudes.

3. Do you have any regrets about doing the Kickstarter to fund the album? Is there anything you would do differently?
I don’t really regret anything. I would change being a little bit more open and up front with my fan base. At the time I was going through something and I was keeping it from my fan base and people close to me as well. I would have done more audio logs, video logs to keep the status of the record and just gave them more information as they should have had.
4. In “Introverted” you rap, “Because on the low I had to stand before the judge I caught a charge/now the file is at my appeal's fingertips like a manicure/and it's more/I'm stressed by far I'm surely grating, because I don't eat when I'm depressed I'm so sorry for the wait." Is this based on something you went through?
Yeah, I got caught with marijuana. And with that I had to go through the wringer. I had to go through what everyone else has to go through; having to pay court costs, take classes, and all that. I came out a lot of money.

5. Is that part of what lead to your depression or the “dark cloud” you spoke on in previous interviews?
I mean you know, the dark cloud is just your perception. If you look at the things only on the surface, you’ll probably always draw more negative. But if you look a little deeper, you’ll find the positivity. But if you live your life on the surface, you will live your life with the perception that things might not be going your way. That’s what the cloud represents.

6. What’s your favorite track on the album?
It varies, but right now it will probably be “Two 16s.”

7. Other than your personal issues, how was the vision of this album different from years past? I heard Royce say that, “He made the album people wanted him to make the first time.” How do you feel about your album, and its message?
I want to be an example. I was dealt a hand that I had to work with. Hopefully my story and what I’ve been though can resonate with someone with their situation and they can overcome with what they’re going through. One thing I’ve learned about music, even going back to Elmatic, is that people would come up to me and say, “Yo, I heard this one song you did and it got me though the summer, or it got me through this or that." That’s pretty much what this album is about. But I didn’t want to make it too depressing. I’m just talking about what I’m going through and making it playful.

8. Speaking of Royce, whatever happened to the collab between you, him, and Black Milk?
Anything is possible. I can’t say that’s something that’s going to happening tomorrow but I’m definitely down. Royce is my bother and Black Milk is my people. But it could happen at any day. I’m definitely still open to the idea. I know the fans want it and the people involved would want to put it out to the world as well.

9. What was easier: selling CDs from the trunk or selling music on the Internet?
I think both have their pros and cons. It’s kind of the same. It’s all a hustle and it depends on how good your hustle is whether you sink to the bottom or survive. Anybody can have a Soundcloud, but it’s not easy have continuous traffic. It reminds of running through the city to perform at different open mics; everyone wasn’t capable of doing that.

10. How do you feel about the current state of Detroit hip-hop?
Detroit hip-hop is evolving. I still think that people from the city are giving 120 percent. Detroit is kind of a hard place to actually get up out of and do ya’ thing. There are still incredible artists here. My man Dopehead is doing his thing, just to name one. Detroit is still as creative and impactful as ever.

11. What’s next for you?
Just putting out works of art. I think the fun part about it is gaining new fans and putting that music out there I consider to be different. Now that I took that hiatus, I'm just going to continue to drop music, maybe twice a year.