Plus other local music news 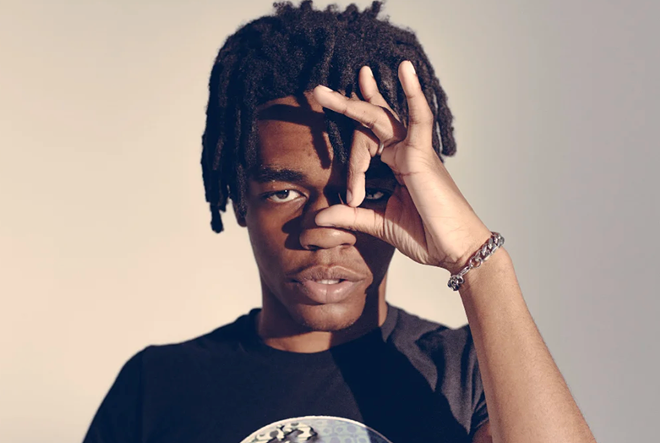 whiterosemoxie shines: 300 Entertainment via Assemble Sound artist whiterosemoxie is one of the most promising in the city when it comes to forward-thinking trap that distinguishes itself from the modern Detroit sound coming from the likes of Sada Baby and Icewear Vezzo. In “Wayside,” the blown-out bass and delicate piano sample coupled with moxie’s vocal treatment sounds more like a Rodeo-era Travis Scott than anything coming from Detroit contemporaries, but there’s just enough bravado and swagger to make it feel right at home. Beyond the track itself, the video is also spectacular; there’s enough going on to keep your attention without doing too much, the color palettes build upon the brooding yet boisterous vibe, and the overall execution paints moxie as a champion of the next generation of Detroit rap’s sound. With influences coming from all over and a hometown team of fellow collaborators to be reckoned with, it would seem that we could be witnessing the foundation of one of the next big careers to come out of Detroit right in front of our eyes.

NOLAN drops new single: You may know NOLAN (fka Nolan the Ninja) for his affinity for old-school style beats and carefully crafted wordplay, having performed at multiple J Dilla tribute shows and worked with artists such as Royce da 5’9”, among others. All that said, his work over the past few years has continued to push the boundaries of his expanding style, and “HOUNDSTOOTH” certainly builds on that progression. Over a VIBSNDS-produced beat, NOLAN effortlessly dances between 808s and ethereal textures with a delivery that exhibits a modern take on lyricism and wordplay while still staying true to his roots. In his own words: “My aim is to always keep things ‘classic’ in my work. In other words, preserve culture. Houndstooth is a classic global design but nobody wears it like a woman does. Not to mention a Black woman! And although the lyrics may suggest some toxicity, this track is really for the ladies!”

SNAFU is catching fire: Detroit has always been host to a flurry of exciting hardcore punk and metal acts and venues since the invention of the genre in the early 1980s. Of course, you can’t talk about that era without mentioning Negative Approach and its lasting influence on the entire midwest sector (and lead singer John Brannon’s famous snarl). The band still performs live, with Brannon at the helm, and it’s always worth checking out the other acts they share the bill with. Rising local act SNAFU will share such a bill with Negative Approach on Dec. 17 at hardcore stronghold Sanctuary. The band has kept up a rigorous live show schedule over the past year, supporting its latest album Exile//Banishment put out in 2021 on Housecore records (another big co-sign for the band – from label founder and Pantera frontman Phil Anselmo). If you’re looking for a face-melting, blood-pumping show to thaw you out this winter, get to this gig.

Shells releases cassette of ambient guitar work: On the opposite side of the spectrum from the aforementioned “face-melting” and “blood-pumping,” but also offering a seasonal balm, we have a new release from the prolific Shells. Shelley Salant has played a crucial role in countless Detroit (and Ann Arbor-area) bands and DIY spaces. Under their Shells moniker, Salant produces gorgeous guitar-based atmospheric tracks, fit for lounging in a sunbeam while admiring beautiful Michigan snowfalls. Salant’s newest collection is called Outside released on Astral Editions, and features Shells’s signature blend of intricate guitar work built layer upon layer to create captivating compositions. You can also check out Salant’s noisier work as a member of the punk outfits Tyvek or XV, to hear the full spectrum of their musical offerings.