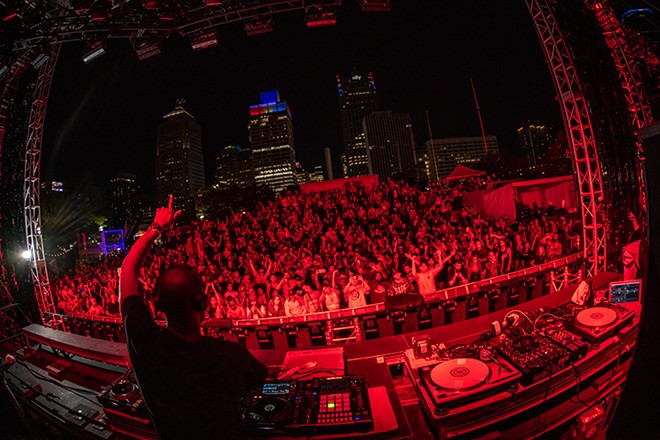 After several years away from Hart Plaza due to the pandemic, Detroit's Movement music festival is set to return in 2022. And now the full lineup is finally here, with quite a few surprises.

It was also announced that LCD Soundsystem's James Murphy, who was previously announced as part of the fest's initial teaser lineup, will perform a special b2b set with Detroit techno icon Carl Craig.

Other previously announced acts include Richie Hawtin, Adam Beyer, the Blessed Madonna, and Claude VonStroke, among others.

"Since its inception, Movement has been dedicated to bringing music fans a completely original experience to Detroit, with a focus on showcasing authentic and diverse lineups that are purely about the music and culture," organizers Paxahau said in a statement. "The 2022 lineup continues to showcase the breadth of the festival’s programming, featuring an inspired selection of dance music’s most in-demand artists, underground mainstays, and notable first-time performers; a potent cross-section of seasoned vets and future generations of electronic music."

The festival is set to return to its longstanding time during Memorial Day weekend, May 28-30.

Due to the pandemic, it pivoted to a virtual format in 2020, and returned as a "micro" version across three Detroit clubs in 2021 as Michigan scaled back pandemic measures.

Tickets are now on sale at movementfestival.com. The full lineup poster is below.