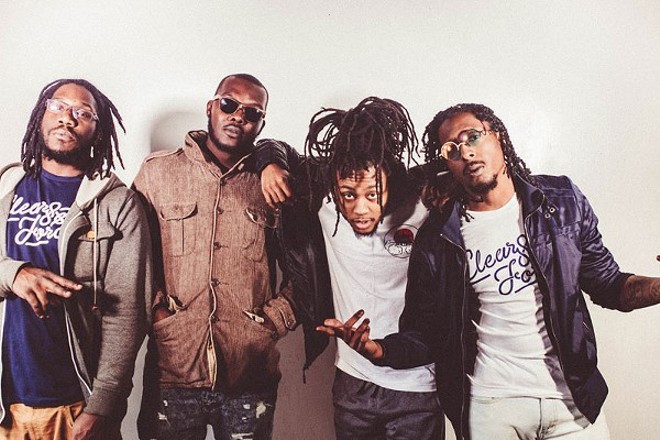 In the seven years since Noveliss, L.A.Z., E-Fav, and Ilajide released their debut record Detroit Revolution(s) as Clear Soul Forces, they’ve toured Europe and garnered love from the world’s hip-hop community, all while keeping it close to their Detroit roots. CSF returned this year with Still — 11 tracks of Detroit hip-hop that furthers the boom-bap tradition and is packed with comic book references (a signature of Noveliss’ “nerdy” songwriting) and seething jabs at white privilege. Produced entirely by the artists own Ilajide and released on Fat Beats Records, Still marks a new chapter for the outfit as it takes a more hands-on approach to their brand. North Carolina-based Kooley High is also on the bill.