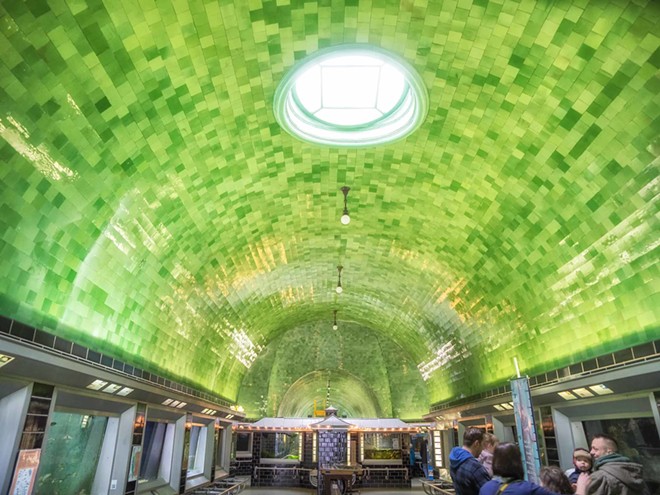 Detroit techno artist Drummer B found a way to plug his new record, help out Detroit's Belle Isle Aquarium, and honor the astrological Age of Aquarius.

Drummer B recorded a techno set inside the aquarium, which will be streamed by Movement music festival organizers Paxahau online at 6 p.m. on Thursday, Jan. 28 on twitch.tv/paxahau.

It's to celebrate Drummer B's latest record, A.O.A. ("Age of Aquarius"), which he describes as a slice of Afrofuturism with "aquatic vibes," set for release next month, which is also when Drummer B's birthday is.

But Drummer B tells Metro Times he's doing this to help raise donations for the nation's oldest aquarium, which has been forced close due to COVID-19.

"When I was thinking of the album, doing an aquatic thing, I'm like, you know, I think it'd be perfect if I can do it at the aquarium," he says.

Drummer B says he was planning on doing an event there even before the pandemic, something timed around the Movement electronic music festival in May. Due to concerns about disturbing the fish, he envisioned it as a "silent disco," where ravers would listen to music on wireless headphones.

Movement was canceled due to the pandemic, and live music events are still prohibited, but Drummer B had built a relationship with the aquarium, so he pivoted to a new idea: he'd perform a set inside the aquarium with a small camera crew and no audience, and stream it online.

"It's all about the safety of the fish, and, you know, not having lights flashing and stuff, or even too much sound," he says.

"And my pictch was making it a charity thing because I knew they haven't had any business and they're always looking for donations, because they don't charge or anything to run the aquarium," he says. "So my pitch was, I can make this a charity event to where I get the audience to donate to the aquarium. So it's not all about me — I want to make sure I'm highlighting the aquarium, trying to get funds, letting it be known that it's the oldest aquarium in the country ... just bringing that all together."

The project is also an homage to the mysterious Detroit electronic music duo Drexciya, who created an elaborate backstory to their music "about African slaves who were thrown overboard during the Middle Passage, adapted to aquatic life, and established their own separate and autonomous kingdom under the sea," as Metro Times once reported.

"One of my partners told me like, 'Yo, you need to look into the Drexciya since you're doing this whole aquatic thing," Drummer B says. "And when I heard it and seen it, it blew my mind."

Last year, techno label Tresor released The Book Of Drexciya Vol 1, a graphic novel adaptation of Drexciya's mythology. Drummer B got one of the project's artists to illustrate him as an aquatic Drexcyian warrior, which serves as the cover to A.O.A.

Drummer B says he's trying to look to the bright side of the COVID-19 pandemic, which has forced artists like him to think outside of the box.

"This probably would have never happened if it wasn't for COVID," he says. "You've got to be innovative and find a way to like work with this and find innovative ways to entertain people or sell music." 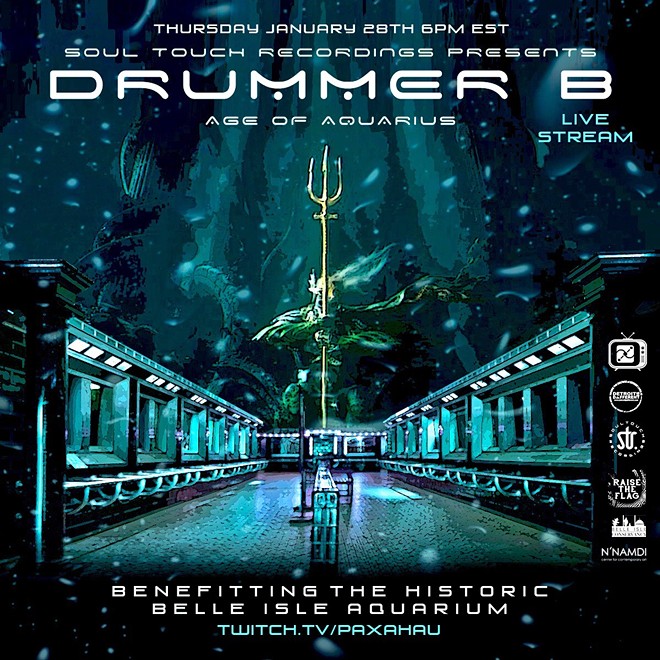