We’re pleased to report that in the end, everything appears to have worked out fine for Aaron, a Red Hot Chili Peppers fan who previously told Metro Times he was upset because he accidentally purchased tickets to see a cover band, the Red NOT Chili Peppers.

The Metro Times story was widely shared on social media, where someone from The Josh Innes Morning Show on local classic rock station 106.7 WLLZ came across it. WLLZ asked Metro Times for help contacting Aaron, and we obliged, hoping they weren’t going to roast him too hard for his hilarious error.

Well, we learned that Friday morning, the station contacted Aaron to tell him that they got him tickets to the real RHCP show this summer at Detroit’s Comerica Park.

“Oh my gosh, my life is changed right now,” Aaron said, according to a clip posted by WLLZ. “I’m a fan for life.” 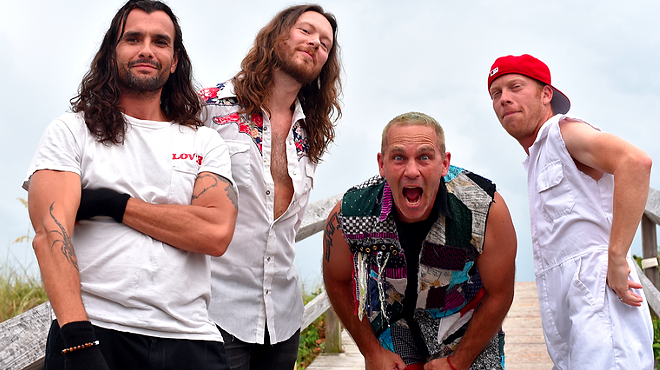 The Red NOT Chili Peppers are performing on Thursday, April 28 at Ferndale’s Magic Bag, a venue known for booking the occasional tribute act. Meanwhile, the real deal is performing on Sunday, Aug. 14 at Comerica Park as part of a bill that includes the Strokes and Thundercat.

The band — which boasts Michigan connections in frontman Anthony Kiedis and drummer Chad Smith, who both grew up here — has been promoting its latest record Unlimited Love with some surprise shows, so a stop at Ferndale’s Magic Bag wasn’t entirely far-fetched.

“All of us at WLLZ understand how Aaron could be easily mistaken by a Facebook advertisement for a cover band,” the station tells Metro Times in an email. “We are happy he can now see the real thing.”

The moral of this story? Sometimes it pays to screw up.