Dance ‘round the clock during Movement with these festival afterparties

Detroit Love: Carl Craig's party concept that shares the sounds of the city with the world makes its annual homecoming for this event at the Magic Stick. This year's lineup includes Craig and Detroit veterans Moodymann and Andres, aka DJ Dez. Detroit producer Waajeed is also on the list, and likely to add some hip-hop and R&B flavor.
11 p.m.-4 a.m.; 4120 Woodward Ave., Detroit; 21+; Tickets $20

Texture: A newcomer to the Movement afterparty scene, Texture will aim to bring more than just music to Marble Bar with this event — promoters say they'll combine spatial curation and music programming to curate an "idea." The 14-hour party offers a dense lineup of more than the usual names; underground talents to be featured include Fred P, Lena Willikens, Mike Dunn, and DJ Qu.
10 p.m.-12 p.m.; 1501 Holden St., Detroit; 21+; Tickets $30

Why Movement Electronic Music Festival 2017 has more live music than ever: Liver than you’ve ever been

Dixon b2b Seth Troxler: Michigan-made Troxler, who is ranked among the world's top DJs, hits the decks with Berlin's Dixon for a back-to-back set in the Leland Hotel's City Club. The pairing has made this one of the most sought-after ancillary Movement affairs. The event has already sold out, but you can check Facebook for a chance to scoop up some re-sale tix.
10 p.m.-6 a.m. ; 400 Bagley St., Detroit; 18+; Sold out

OK, COOL: It's the five-year anniversary for this Movement afterparty showcase at TV Lounge, but the lineup is anything but typical. The long list of DJs for the multi-stage, 15-hour afterparty include John Tejada, Honey Dijon, Danny Daze, and Doc Martin. Party mainstays will be featured too, with Eddie C on the lineup and (we hope) slotted to spin his annual sunrise set.
9 p.m.-12 p.m.; 2548 Grand River Ave. Detroit; 21+; Tickets $30

Dirtybird Players Detroit: Claude VonStroke headlines this after party at the Fillmore with support from San Francisco DJs Justin Martin, J. Phlip, and other members of his Dirtybird Records roster.
10 p.m.- 4 a.m.; 2115 Woodward Ave., Detroit; 18+; Tickets $25 and up 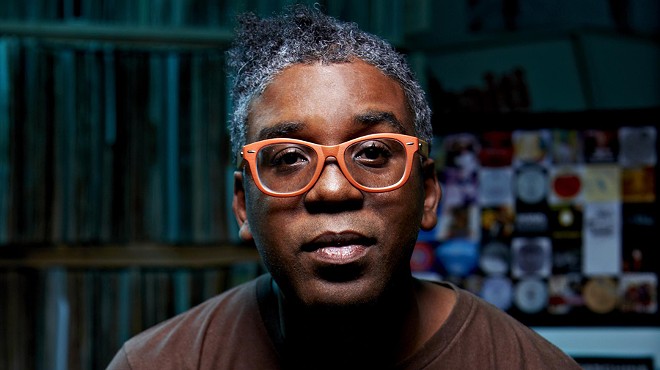 Carl Cox B2B Joseph Capriati: The legendary techno and acid house DJ from the U.K. teams up with the Italian Capriati to close out the festival weekend. The event at the Masonic Temple is another one of the hottest tickets in town and has already sold out. You can check Facebook for a chance to scoop up some re-sale tix.
11 p.m.-4 a.m.; 500 Temple St., Detroit; 18+; Sold out