The Ann Arbor-based folk artist (OK, Pinckney, actually) will drop his fourth LP, Dizzy Seas, on May 19. Released on Quite Scientific, it's the follow-up to his 2011 record, Salt Year. (Full disclosure, I did the typography for Salt Year.) A record release show with Heavy Color and Samantha Cooper is scheduled at Grand Rapids' Founders' Taproom on May 18.

On Dizzy Seas Bathgate returns to form, crafting some of the best dark, psychedelic folk this side of "Sugar Man." In keeping with the outdoorsy themes present in much of Bathgate's work, Dizzy Seas will be released along with a limited edition set of Boy Scout-style "camp" patches, exclusively available at physical retailers nationwide. 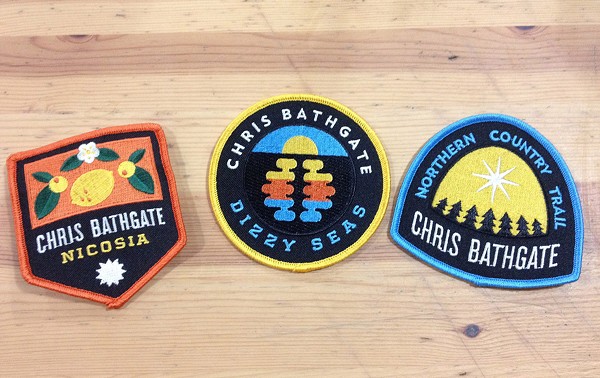 It will be released on vinyl, CD, and digitally. Another fun thing to note: Dizzy Seas features a guest appearance by Tunde Olaniran.

In the meantime, check out the rather Pure Michigan-esque video for Dizzy Seas' "Northern Country Trail" below:


Revisit our 2011 feature on Bathgate here.