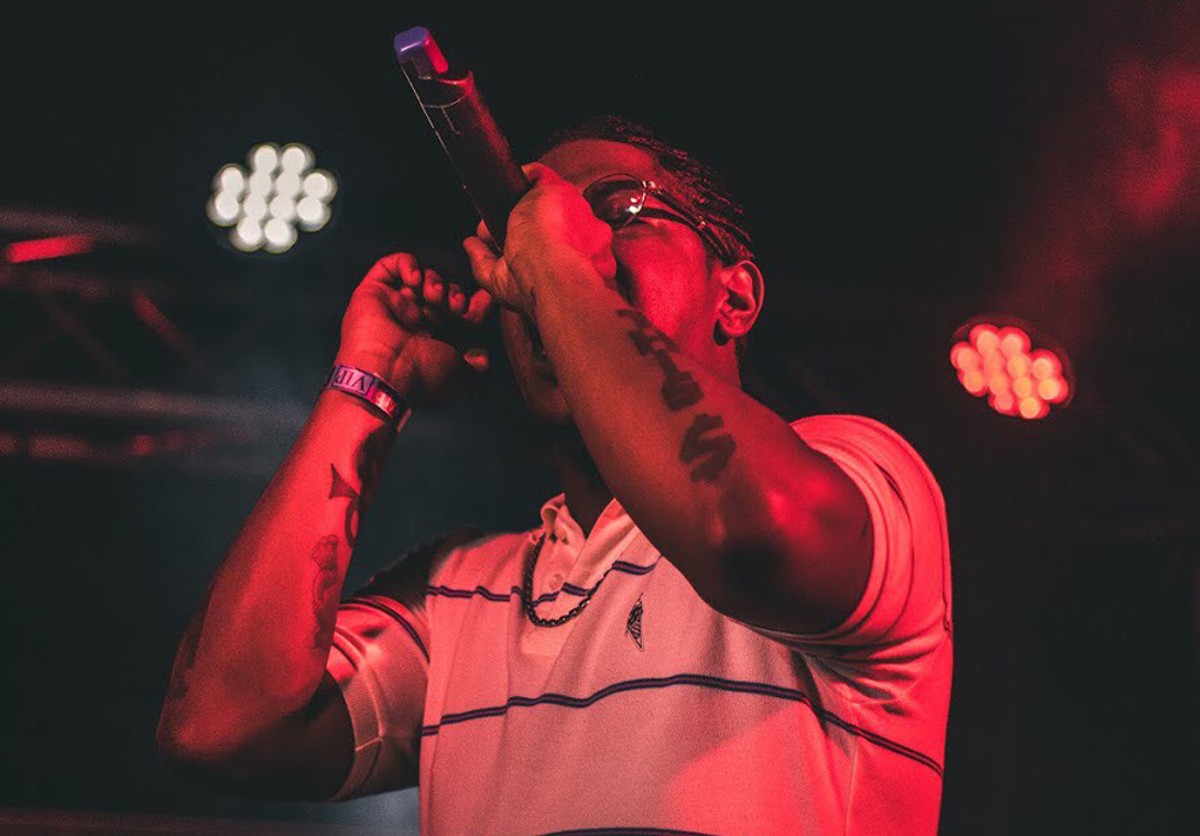 Simply calling Sheefy McFly an artist would only pigeonhole the Detroit native. He illustrated the Jit dance-inspired cover art for last week's Metro Times. But he's a rapper, too. McFly remains both a figurehead and an anomaly within the Detroit underground community: one who can lead the newest wave of talent, while molding the shift in underground culture. This is evident in his event "The Air Up There," a now bi-annual hip-hop showcase featuring some of Detroit's most prominent up-and-coming artists that celebrates its 10th anniversary this week.

"I started The Air Up There when I left College for Creative Studies," McFly says. "I became independent with music, and I did shows at Bob's Classic Kicks because I've been cool with the owner since high school. We did one show a month. That's when I called it 'The Air Up There.' I reached out to friends to perform with me — from there it went to people reaching out to me. It kind of just expanded on its own."

For those unfamiliar with The Air Up There, McFly describes it as a hip-hop showcase meant to nurture Detroit's underground scene. "It's where you can be yourself," he says. "It opened a lane for the cool kids, people that wanted to just dress fresh. It was never negative. This event was a real positive light on hip-hop that we needed. It was my generation's Hip Hop Shop," he says, referring to the former Seven Mile clothing store where the late Proof hosted rap battles and where the likes of Eminem cut their teeth.

Like The Hip Hop Shop, The Air Up There has become synonymous with showcasing the origins of some of Detroit's now premier talents with McFly at the helm.

"The entire 10 years has been memorable, but watching people become superstars has been the most memorable experience," McFly says. "Dej Loaf had her first show at The Air Up There. Danny Brown used to come rock there all the time. Phat Kat and Clear Soul Forces had some of their first shows there. So actually seeing them start off to becoming a global phenomenon, that's the most memorable part of it. It started off as a hip-hop show in a shoe store, which made superstar artists."

Several of Detroit's powerhouse artists will be featured this year, including Mic Phelps, Milfie, and SupercoolWicked.

"Some artists I've known for a while, and some artists I've been watching for, hearing their name around different shows," he says. "The selection goes off what I hear is happening, who I hear people talking about, along with my own personal selects. It's a lot of hand-picks.

"I'm looking forward to hearing everyone," he says. "SupercoolWicked of course, Mic Phelps has been killing it lately, Scumbag Fred — I've been hearing a lot of good stuff about him. That's why I wanted to reach out to him. Everyone on this show has a specific reason why I want to see them."

For those in attendance Saturday night, McFly has an additional surprise up his sleeve: He's planning to debut his new album, a collaborative effort with Chicago-based EDM producer DJ Earl.

"For the last few months, I've been working on it," McFly says. "I had DJ Earl come for a show — he stayed over for two weeks. He made the beats on the spot, and I spit to them. We went to a studio to re-record the tracks, and we've been mastering them for the past few weeks."

"I felt it would be good to tie it in with the 10th anniversary," McFly says. "It's really the same feel as "The Air Up There" event, so I'm just excited about both of them."

McFly says Saturday's event is more of a milestone celebrating The Air Up There's longevity, but he already has his eyes on the future and has big plans for the next 10 years. Someday, he says, he'd like to take The Air Up There on the road.

"I want to hand-select different artists and go to different cities with this event," he says. "I want to make more projects where you have to come to the event to purchase. Music is so accessible; people can stream it and give away so much for free. I want to bring the art form of demand back into it. I want to make this more exclusive, taking it around the world, shedding light on the Detroit gems."

But McFly says guests should be prepared for a show like no other. "This is the best underground showcase Detroit has to offer," he says. "There's never been anything like The Air Up There, and I'm [grateful] to do it another year. Ten years is a monument — so if you've never been, you should be there to get the feeling.

"We have an all-star underground lineup," he says. "This will be something to end the year off right."