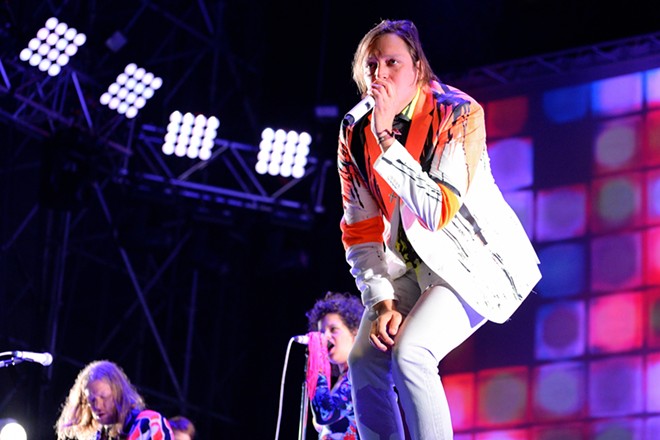 Shutterstock.
Win Butler of Arcade Fire.
The indie rock gods Arcade Fire announced yesterday that they are coming back with a new album (their fifth studio album) and tour to the delight of their devoted fans.

While the band is not playing a Detroit date (they played the Palace when touring their last record, Reflektor) they are playing in Windsor, our lovely neighbors across the river.

Arcade Fire will take the stage on Wednesday, November 1 at the Windsor Credit Family Union Centre in support of the upcoming album Everything Now that drops July 28 via Columbia.