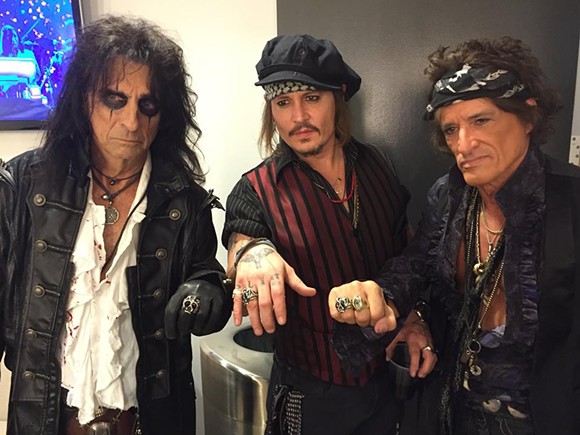 If you tuned in to this past year's Grammy Awards, you would have seen the band make their debut in performing a tribute to the late Lemmy. After working on some of their own material, the band has decided to set out on an 18-date North American tour.

We know, Johnny. We're excited, too.

Alice Cooper and Aerosmith's Joe Perry did an interview with Rolling Stone and told the magazine that they are just trying to have fun with the band and tour. Perry went on to talk about how it's been a dream o play with the group and make good ole rock n' roll.

You can purchase tickets for the Mt. Pleasant show here (PS: Cheap Trick is opening for them). Tickets are not on sale for the DTE show, yet.