Send a News Tip
The lineup for the 29th annual Detroit International Jazz Festival -- which runs this year from Friday, August 29th through Monday, September 1st, at Hart Plaza -- was announced this morning at a press conference.

Subtitled "A Love Supreme: The Philly/Detroit Summit," the 2008 festival -- the largest free fest of its kind in the U.S. -- will celebrate the jazz and soul traditions of those two cities. Opening night will especially focus on our fair city, featuring a headlining performance by Dianne Reeves , whose new Blue Note Records CD, When You Know, gives a nod to the Temptations . A jazz tribute to Marvin Gaye, curated and arranged by Christian McBride, will also debut opening night, with McBride presenting his own unique takes on Gaye's material alongside a big band of stellar Detroit-based musicians backing R&B vocalists Lalah Hathaway and Rahsaan Patterson. Joining the two veteran singers will be up-and-coming jazz vocalist Jose James.

A battle of the bands between the Count Basie and Gerald Wilson Orchestras -- with both bands onstage at the same time, along with Grammy award-winning singer Nnenna Freelon, Detroit legend Kenny Burrell, and other special guests (to be announced) --promises to be one of the fests highlights. And the Dizzy Gillespie TM All-Star Jazz Band, with James Moody, Jimmy Heath, and Slide Hampton, will close out the festival on Labor Day, along with vocalist Roberta Gambarini. A Saturday Night Fish Fry will feature masters of the Hammond B-3 with Reuben Wilson's Godfathers of Groove, Robin Eubanks + EB3, and Joey DeFrancesco with Karriem Riggins and Christian McBride. A tribute to Alice Coltrane, led by her son Ravi, will feature jazz giants Charlie Haden, Jack DeJohnette, and Detroit's own Geri Allen. 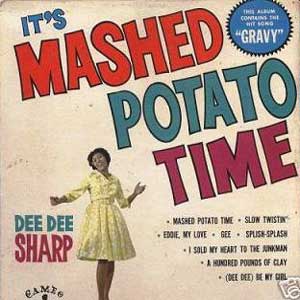