311, B52's, Jena Irene Ascuitto, and others booked to perform at Arts, Beats, and Eats 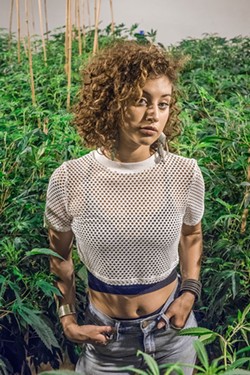 The singer will perform alongside a lineup the festival calls "unparalleled," including 311, the B52's, Grand Funk Railroad, George Clinton and the P-Funk All Stars, Candlebox, the Wallflowers, Starship featuring Mickey Thomas, Jordan Davis, and Dwight Yoakam across the festival's multiple stages.
The festival's six other stages will feature an amalgam of local artists from various genres including the Orbitsons, Thornetta Davis, The War and Treaty, Drew Hale, Avalon Black, and King Mellowman. The other two local bands to join Ascuitto on the National Stage stage are Your Generation in Concert and Half Light Music.

A full line up is available here.